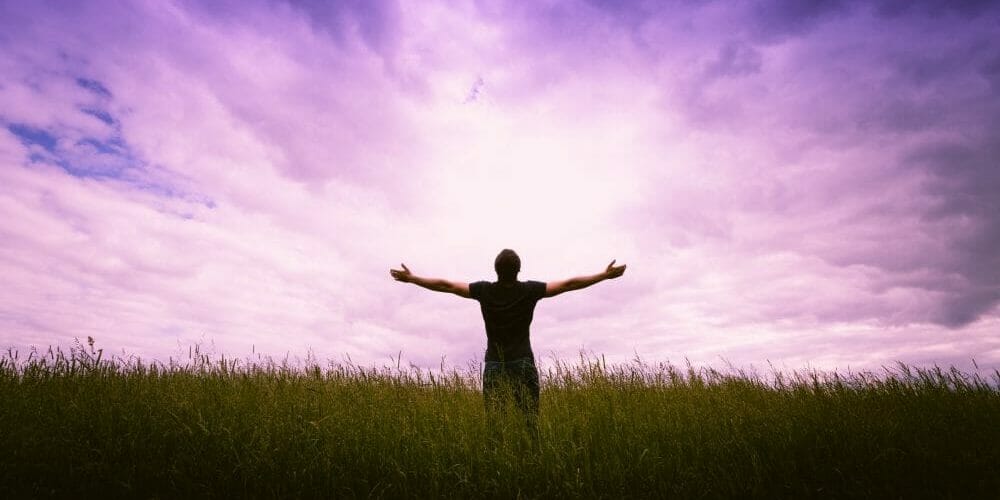 On a Texas summer day in 2015, Will Davis cleaned up his mother’s yard. This may seem like a small action that most of us routinely take for granted, but it was a monumental achievement for the former personal trainer, one that marked the culmination of years of battling for not only any real quality of life but for his very life itself. More importantly, it was the first sign that he was finally on the road to recovery. Davis’ remarkable story is a testament to personal resilience and a case study in the potential of “hydrolyzed” liquid zeolite to create powerful change.

The most recent trouble began in 2007. One morning, out of nowhere, Davis woke up completely blind. True, he’d been feeling tired for weeks, but he attributed that to his active lifestyle. As an avid rock climber, camper and four-wheeler who trained serious athletes, he could bench press more than twice his body weight and was considered a freak by his fellow gym rats due to his enormous strength.  “At first, I thought maybe I’d been overdoing it between training at the gym and other athletic activities,” he says. “I took it easy for a couple of weeks, but I just kept getting more tired.”

Now, he couldn’t see. Compounding the issue, three weeks later he started going deaf. Clearly, something was very wrong. A visit to the emergency room led to blood tests and that’s how Davis learned that he had chronic myeloid leukemia (CML).

As bad as that news was, it wasn’t the worst he’d ever dealt with. Over an eight-month period back in 2003, he became progressively sicker, a puzzling development for the normally healthy 35-year-old. “For me, something just wasn’t right,” he says. “I never got colds and always took good care of myself.”

But the culprit was not the common flu. In a plot twist worthy of Agatha Christie, it turned out that his (now ex) wife had been systematically poisoning him with arsenic, a carcinogen that induces nausea, abnormal heart rhythms, vomiting, muscle cramps, a constant sore throat and persistent digestive issues.

On what was supposed to be the final night of his life, she served him a last meal laced with a massive dose of the poison. “When she made the final move to kill me, she didn’t realize that after a while, the body builds up a tolerance from arsenic, so when you take a whole bunch of it, you’re not going to die,” says Davis. Instead, he wound up in the emergency room where doctors discovered that he was riddled with the toxin.

While he still doesn’t understand what motivated her, Davis is remarkably sanguine when he describes the experience and seems to harbor no resentment. “My ex had a brain tumor,” he says. “She ended up recovering physically but mentally she went a little bit crazy.” Doctors prescribed steroids to help rid his body of the poison, but they didn’t help.

Now he had an even more serious issue to contend with and it was difficult to tell which was worse: the disease or the cure. Regular chemo treatments left him weak and nauseous; daily bouts of vomiting and diarrhea dropped his weight down to 86 pounds, a far cry from the 180-pound athlete who stunned his gym mates with sheer physical strength.  “I could hardly walk on my own,” Davis recalls. “I couldn’t even pick up my little 16-pound poodle. I used to be able to curl 315 pounds without much of an issue, and now I couldn’t even pick up this small dog.”

After multiple rounds of treatment and recurrent episodes of the disease, he was left with little strength and almost no energy. “I just was not feeling good at all,” he says. “Between the Texas heat and humidity, I could only ride the lawnmower outside for about two hours and then I’d come in and be sick for three days.” Even a simple task like picking up sticks around his mother’s two-acre property would cause him to sleep days.

By 2015, his skin was yellow and jaundiced. Friends and relatives barely recognized him. “I was really weak and frail, and they all thought I looked like an AIDS patient,” says Davis. Concerned family members began doing research online to see if they could find anything that would reverse his downward spiral or at least halt it.

Through a mutual friend, she connected with an advocate of the water-soluble solution which binds toxins and carries them safely out of the body. With nothing left to lose, Davis decided to try it. He began taking drops in early June 2015 and increased the dosage every week. At first, he didn’t see much change – and then things got so bad that he almost quit.  “By the third week I felt like I was just falling apart again,” says Davis. “I was feeling really sick, like I had the flu. I almost quit the drops, thinking I’ve got to wait until I get over this cold before I continue.”

But then he noticed something: an episode of stomach cramps followed by diarrhea yielded a great deal of oddly colored feces. “It was obvious that those drops were clearing me out big time,” he says. He continued with the drops and the cleansing process continued, too.

By the third day, he noticed a difference in how he felt – as if he were ‘refreshed and clean inside’, as he puts it. But he didn’t truly realize how much better he was doing until one particular day. With a family reunion just weeks away, his mom’s yard needed maintenance and tidying up. “I decided I would do as much as I could to help my mom,” he says.

That decision proved pivotal.  He started working at 9:00 a.m. and continued for four straight hours. “Of course, when I say ‘work’ I’m talking about barely moving and picking up stuff,” he says. “Most people wouldn’t think it was anything, but you have to understand where I came from. Before, I could only lie on the couch and then ride the lawn mower for a couple of hours. This was a whole different world compared to what I’d been doing.”

By 1:00 p.m. he was exhausted. But then a surprising thing happened. After lunch and a nap, he felt fully restored. “I went back outside and finished the day four hours later,” he remembers. “By the time I came in I looked so bad, just completely worn out and dripping with sweat, that my mom was afraid she’d have to call the ambulance.” Instead, after another nap he awoke to discover a new development: not only was he feeling better, but his jaundiced look had vanished.

“My mom couldn’t believe that I had already recovered,” he says. “I walked out and sat down with her and had some dinner. At one point I looked at her and said, ‘You know, I don’t feel tired. I actually feel like I could go out there and do some more.”

It was the beginning of a profound change in Davis’ overall health. Three and a half years later, he continues to take the most advanced form of “hydrolyzed” liquid zeolite available called Vitality Detox Drops and says his energy levels are better than ever. “It’s amazing. I’m a 50-year-old, Type-I diabetic with CML leukemia, and I outwork any other 50-year-old I know,” he says. “Before, to do anything, I had to use a ton of willpower. Now I find I want to do things because I have the energy. I do them in celebration because I feel so good.”

He’s noticed other changes as well. “I used to always hurt inside, and my skin was kind of burning. I don’t get that sensation anymore,” he says. “I recuperate really quick and my strength has come back.” One symptom that has plagued him since the arsenic episode is tinnitus, an effect of heavy metal poisoning. Since he began taking the drops, the problem has also gone away almost entirely.

But it’s not just issues related to leukemia and arsenic that are improving. One side effect of chemotherapy has been what Davis refers to as ‘chemo brain.’ “I used to be great at math, but I got to the point where I could hardly do simple arithmetic because my brain just wouldn’t function,” he says. “Now I don’t have that fog anymore.” That means he can help his younger colleagues at the chain pet store where he now works when they struggle with math issues from their college courses, an activity he clearly relishes.

He also suffered from Trigger Finger Syndrome, a condition in which tendons connecting the palm and fingers become inflamed. All but one of his fingers had already required surgery.  “All nine had been treated with cortisone and put in braces,” he says. “None of it ever worked.”

Since taking Vitality Detox Drops, he noticed that his remaining finger was getting better. “I’d already seen an orthopedic surgeon about it, and he was getting ready to do the surgery but because of the leukemia, he wanted to wait for the doctor’s permission,” says Davis. “By the time I went in for a follow-up visit, it was doing so much better I ended up not needing the operation.”

Fortunately for the Texas native, his heat resistance has also improved, and he can now tolerate the 108-degree summers and high humidity. Although he remains a diabetic, Davis says his insulin intake has dropped. “It’s like my body has become a lot more sensitive to the insulin so I don’t have to take as much.”

Mainly, his overall health has greatly improved. “I can actually get outside and start doing things again, working in the yard and doing athletic activities,” he says. “I’m still visually impaired so I don’t drive places, but I feel like I could do some rock climbing if the opportunity came up. I have my life back.”

As for those relatives, the ones who were so concerned about his scarecrow appearance that they scoured the internet searching for a cure, he saw them at the family reunion. “They could not believe how well I looked,” says Davis. “A lot of them had done research, especially on leukemia and arsenic poisoning, just because they wanted to help me. When they saw how well I was doing, they said, ‘You don’t need our help. Maybe you could help us.’”