What You Don’t Know Can Hurt You: How Environmental Toxins Affect Health 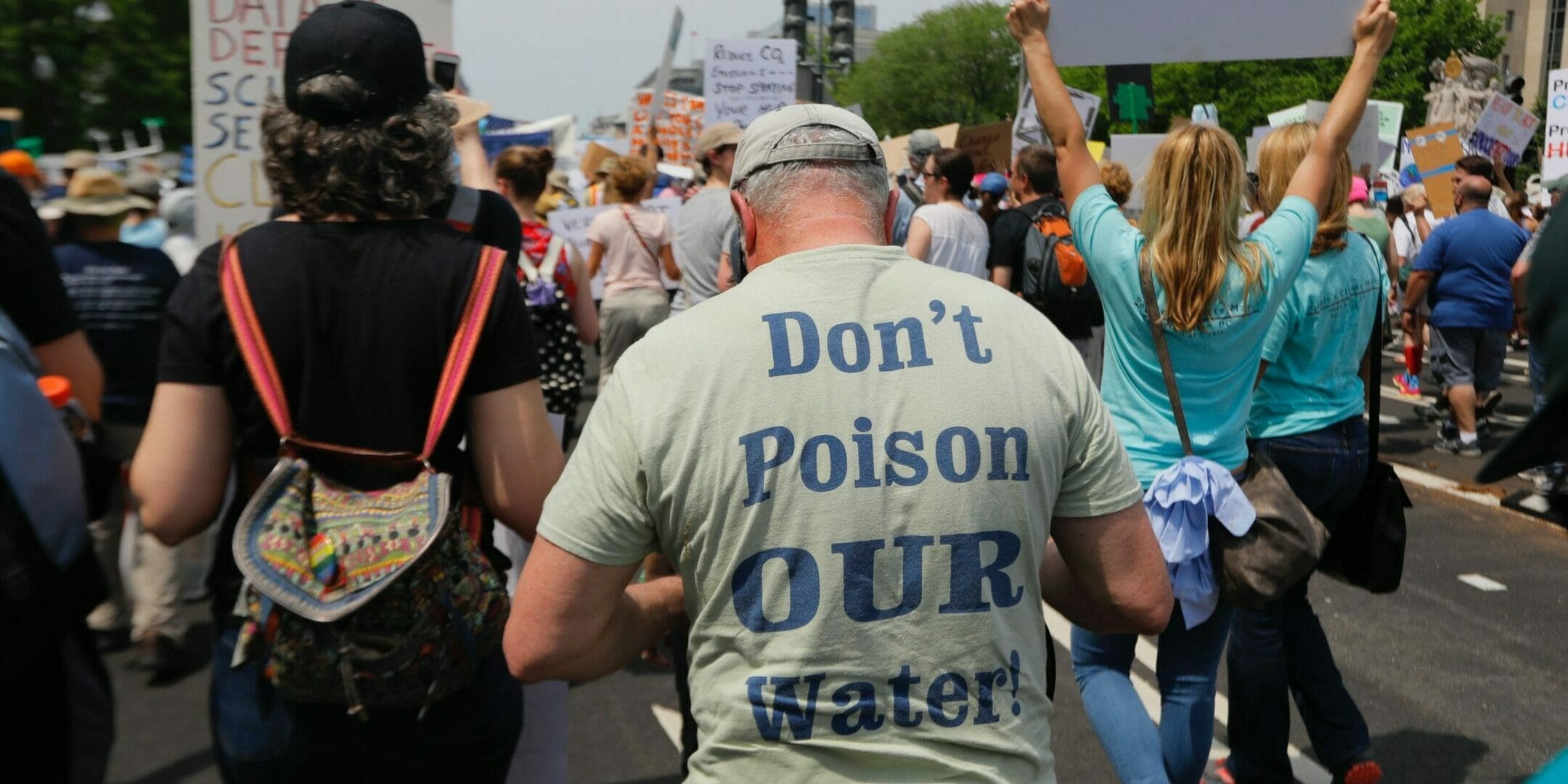 In 2010, the U.S. President’s Cancer Panel released a report which included the following statement:

“The true burden of environmentally induced cancers has been grossly underestimated… this group of carcinogens has not been addressed adequately by the National Cancer Program. The American people – even before they are born – are bombarded continually with myriad combinations of these dangerous exposures.”

The report went further, pointing out that although approximately 80,000 chemicals are currently used commercially in the United States, only around 2% of those have been assessed for safety.

This report was focused specifically on carcinogens, but those are just one subset of the multitude of toxic substances that lurk in our everyday environment. While many people are

aware of the dangers posed by heavy metals like lead and mercury, fewer understand our deep and constant exposure to a variety of less well-regulated toxins. In this case, ignorance is not bliss. Health impacts range from respiratory issues and developmental delays to diabetes, cardiac disease and death.

Because irrigation water used in rice harvesting is often contaminated with arsenic, it seeps into the food supply. Short-term exposure leads to stomach aches, headaches, drowsiness, abdominal pain, diarrhea, and confusion. In the longer term, arsenic can cause cancer and skin lesions, and has been associated with cardiovascular disease and diabetes. For young children, the consequences can be dire. Children exposed in utero or during early childhood can experience negative impacts on cognitive development.

Lead
Lead poisoning has been in the news ever since the Flint, Michigan water crisis began making headlines in 2014. While that situation was the result of egregious mismanagement, it shone a light on a larger issue: around the country, 1.2 million children per year suffer from lead poisoning. Paint and dust from older buildings are a common source of the toxin, along with contaminated air, water or soil. Older, lead-based pipes like those at the heart of the Flint crisis often serve as conduits.

Lead poses particular dangers to young children and pregnant women; because it can cross the placental barrier, lead exposure can lead to miscarriage, stillbirths and infertility. Children whose mothers were exposed while they were in utero are at risk of damage to their central nervous systems, leading to developmental delays and cognitive impairment. Exposure to even small amounts can result in behavior changes like hyperactivity, poor attention span and irritability. At higher levels, lead creates problems with learning and reading and is linked to delayed growth and hearing loss. High levels of exposure can cause permanent brain damage and death.

Mercury
This naturally occurring element is among the top ten chemicals or group of chemicals listed by the World Health Organization as a major public health concern. It gets released into the atmosphere through human activity like coal-fired power stations, industrial processes, waste incinerators and mining, as well as residential coal burning for heating and cooking. Fish and shellfish are also a common source of mercury exposure.

Like lead, it can negatively impact fetal development, adversely affecting a child’s brain and nervous system. Mercury also has toxic effects on the nervous, digestive and immune systems as well as on lungs, kidneys, skin and eyes.

Cadmium
Another naturally occurring element, cadmium is part of the earth’s crust and is always found in combination with other substances like oxygen, Sulphur, or chlorine. Everyone has some amount of cadmium in their system, but at high levels it can do real damage. The main sources for cadmium exposure are mining and smelting, certain types of fertilizers and smoking cigarettes or breathing second-hand smoke. Brief but intense inhalation can cause chills, fever, muscle pain and lung damage. Over time, exposure can result in kidney, bone and lung disease.

Strontium and Cesium
After the Japanese earthquake and tsunami in 2011, residents were justifiably worried about the health impacts of the Fukushima nuclear plant disaster. Two of the isotopes released during the meltdown were strontium and cesium, both of which linger in both the body and the environment – for up to 600 years in the latter case. Strontium is another element within the earth’s crust; typically, it poses little risk to human health. However, its synthetic form, Sr-90 is radioactive and quite hazardous. Cesium, meanwhile, is highly explosive when exposed to water and classified as a hazardous material.

According to Dr. Ira Helfand, a board member for Physicians for Social Responsibility, strontium is chemically similar to calcium. “It gets incorporated into bones and teeth and can stay there, irritating the body, for a long time,” he says. Cesium mimics potassium in the body, circulating everywhere and contaminating as it goes. It stays in the body over a period of months or years, creating cancer of the liver, kidneys and pancreas among others. Both substances are also linked to cardiac disease.

The definition of a carcinogen is a substance that causes cancer in living tissue. The President’s Cancer Panel report singled out three such substances that are contained in common, everyday household items.

Radon
A byproduct of the natural decay of uranium or thorium, radon is a radioactive gas found in nearly all soils. Humans get exposed to it when it seeps into homes through cracks in the floors, or walls or when it is released from building materials or well water. According to the U.S. Environmental Protection Agency, an estimated 1 in 20 homes have elevated radon levels, and it’s the leading cause of lung cancer among non-smokers.

At lesser levels, radon impacts indoor air quality and contributes to children’s health issues like asthma and allergies. Currently, one in every 13 people in the U.S. suffers from asthma, a more than 165% increase over a twenty-year period. It is the number one reason that students miss school. In 2013, approximately 13.8 million missed school days were attributed to the disease.

Formaldehyde
Most commonly associated with funeral homes, this chemical can also be found in particleboard, plywood, glues and adhesives, permanent press fabrics, cigarette smoke and fuel-burning appliances. It is present in hair straightening and curling products as well as some plastic and paper products. It’s also used as an industrial fungicide, germicide, disinfectant, and preservative – hence the connection to mortuaries and laboratories.

A study found the male funeral directors with regular exposure to products like the embalming fluid used to preserve bodies were three times more likely to die from amyotrophic lateral sclerosis (ALS) than men who were not exposed to formaldehyde. Chronic exposure can cause damage to the central nervous system, and research studies have found a link to several cancers, including leukemia. Rats who were exposed to fumes developed nasal cancer.

Benzene
This petrochemical is a colorless liquid that evaporates quickly. It is released into the atmosphere through natural disasters like volcanic eruptions and wildfires and exists in crude oil, gasoline (and car exhaust), tobacco smoke, pesticides, synthetic fibers, plastics, inks, oils, resins, dyes and detergent. The majority of exposure in the U.S. – approximately 50% – comes through smoking cigarettes or second-hand smoke.

Benzene interferes with cell function, causing bone marrow not to produce enough red blood cells which can lead to anemia. It can also change the blood levels of antibodies within the immune system and cause the loss of white blood cells. Research data links benzene with aplastic anemia, bone marrow abnormalities, and several types of leukemia.

As their name suggests, endocrine disruptors are a group of substances, both natural and man-made, that interfere with the body’s endocrine system. They mimic or partially mimic hormones like estrogen, androgen and thyroid hormones, thus creating the potential for overstimulation. By binding themselves to receptor sites within cells, they block the genuine hormone from binding and disrupt the signaling process between cells and the brain.

BPA
Bisphenol A, or BPA, is an industrial chemical used to make plastics and resins used in food and drink packaging, water and baby bottles, metal can linings, bottle tops, and water supply pipes. In 2012 the U.S. Food and Drug Administration banned the use of BPA in baby bottles intended for children under twelve months, but it’s still widely used in other food packaging. Studies have found that 93% of children aged six and under had detectable levels of BPA in their urine, while a 2011 study found that 96% of American women had the same.

The list of health problems associated with BPA is long. A 2013 study from Brigham and Hospital found that BPA exposure contributed to problems with egg maturation in women, infertility, and male impotence. According to the authors, “The detrimental effects on reproduction may be lifelong and transgenerational.” BPA can also result in obesity, aggressive behavior, early onset of puberty and prostate and breast cancer.

Pesticides
In the U.S. alone, over 4.5 billion pounds of pesticides are used every year, including herbicides, insecticides, fungicides, disinfectants, and compounds used to control rodents.  The Centers for Disease Control and Prevention reports that there are traces of 29 different pesticides in the average American’s body. Exposure occurs through the food we eat, the water we drink and the air we breathe.

A study by the National Institute of Health found that farmers who use agricultural insecticides experience an increase in headaches, fatigue, insomnia, dizziness, hand tremors and other neurological symptoms. Licensed pesticide applicators are between 20% and 200% more likely to develop diabetes. Pesticides have also been linked to higher incidences of Parkinson’s Disease. Young children are at greater risk of neuro-developmental issues related to exposure.

As you can see, the convenience of modern life brings with it an unprecedented level of ongoing exposure to a variety of toxic substances. Given how inextricably combined they are with so many aspects of daily living, it’s impossible to avoid them altogether. A good first step is to educate yourself about the risks they present and look for ways to minimize their presence.

Environmental Toxins: How to Protect Yourself and Your Family

Taking it All In: Environmental Toxins and Your Health

How does bisphenol A affect Health?

Chemical Enemy Number One: How Bad are Phthalates Really?

Japan’s Radiation Exposure: How Serious Is It?