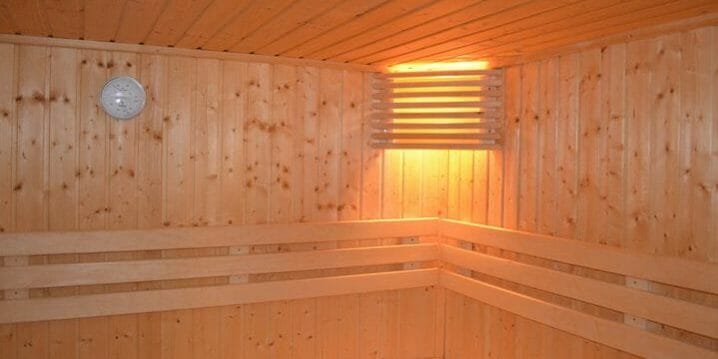 Doubling Down on Detox: Therasage Founder Robby Besner on the Winning Combination of Full Spectrum Saunas and Vitality Detox Drops

If you want to understand how the detoxification process works in the body, there’s nothing like a good analogy. Take, for example, the image of a still, crystal-clear pond.

“Now go take a stick and start stirring up the bottom,” says Robbie Besner, Founder and CEO of Therasage Premium Infrared Products. “All of a sudden the water gets murky. That’s what happens when we mobilize toxins in the body.”

Toxins – both their impacts on health and ways to safely eliminate them from our bodies – are a particular passion of Besner’s. He became an expert in the field not through desire but necessity when his daughter contracted Lyme disease at age 12. In his quest to heal her or at least alleviate her symptoms, he discovered the health benefits of full spectrum infrared frequencies and began developing devices to harness them. Today, Therasage products are considered the gold standard within the infrared technology industry and Besner frequently speaks at conferences and with medical groups.

When he discovered Vitality Detox Drops, Besner realized that in soluble liquid zeolite he’d found the perfect tool to complete the detoxification process which is so effectively activated through Therasage infrared saunas. In a recent conversation he provided a comprehensive explanation of how and why the two make such a powerful combination.

From the air we breathe to the water we drink to the food we eat, toxins are everywhere. We have preservatives in our food that can make it last for up to 500 years – Twinkies, anyone? – and our furniture, skin care products and cleaning solutions all contain a toxic soup of chemicals and heavy metals that we unwittingly ingest every day.

Then there are agri-chemical companies like Monsanto, which uses glyphosates to inhibit the ability of insects and bacteria to grow on crops. Besner is part of a medical mastermind group that’s studying the issue. “When you water your crops, that chemical is going into the ground,” he says. “It then goes into the waterbed underneath, and with the sunlight it starts to evaporate, goes back up into the atmosphere and now it’s raining down on us.”

Electromagnetic Frequencies (EMFs) pose a separate problem. These man-made frequencies are generated by any device that uses alternating electrical current, whether they plug into a wall or use batteries. “We found that EMFs oscillate at a level 80 times higher than the body’s natural energy field,” Besner explains. “When we’re around those frequencies, they pull us toward them and that gets us out of sync with our own natural body energy, which in turn suppresses our immune system. They also prevent our bodies from receiving all the healing frequencies of sunlight, which is the basis of our Therasage technology.”

Our bodies were not designed to process such a toxic burden and inevitably, the ability for internal systems to carry out their core functions becomes compromised. “Symptomatically, the most noticeable challenges are cognitive,” says Besner. “People have problems focusing at work, trouble sleeping at night or difficulty dealing with greatly diminished energy levels. Even their long and short-term memories start to slowly go away.”

More insidious symptoms of toxic overload include those commonly seen among MS and Parkinson’s patients. The brain’s ability to fire messages to a given muscle group or organ is reduced and metabolic function begins to deteriorate.

Overstimulation of the sympathetic nervous system through the bombardment of stimulus in the modern world results in a suppressed immune function in which genetic predispositions can flourish. “We’re noticing that trends of chronic ailments like cancer, MS, Parkinson’s, dysbiosis, and even leaky gut are skyrocketing at the same time as the age where people are getting those diseases is coming down,” says Besner. “This is all the result of environmental toxins.”

To return to the pond analogy, Therasage saunas are designed specifically to function as the stick that stirs the waters. By using the frequencies of the entire infrared spectrum rather than just one band, the saunas reach different levels within the body and activate the toxins stored there. “We harness the near, middle and far infrared frequencies in the approximate proportion that the sun delivers those to the earth every day,” says Besner. “Each of these wavelengths does different things, energizes the body and heals us in different ways.

Once the toxins are mobilized, the ‘pond’ becomes murky. Our bloodstreams are awash with toxic particles that have been freed up by the infrared wavelengths. “One of the most effective ways to get rid of them is to sweat them out,” says Besner. “It also is great to have a biological ‘sponge’ that can come along, bind and gobble up all of those toxins and help the body get them out. That’s what Vitality Detox Drops do.”

Other sponges like bentonite clay or activated charcoal are effective at removing larger particles, but Vitality excels at binding and evacuating the smallest ones. “It’s kind of like peeling an onion,” Besner explains. “You have to get the easily available toxins out first and then, as you go a bit further, you can start going after the ones that are deeply bonded to the body.”

Two factors make Vitality Detox Drops particularly suited for the job: size and charge. Some particles are so small that although they get stirred up, they end up resettling or ‘retoxing’ rather than getting removed. The cage-like structure of Vitality Drops attracts them together, making them large enough to be passed through organs like the liver or kidneys.

Heavy metals are often the hardest toxic substance to remove because they have their own electrical charge, and so does the body. They adhere to tissues through a covalent bond, which gets broken through exposure to full spectrum infrared frequencies.

“In the case of Vitality Detox Drops, their natural silica has an ionic charge to it,” says Besner. “Now you’ve got a free mercury or a free lead that is swirling around in your bloodstream looking to reconnect to another charged particle. Normally, it would just bond with your tissue. Instead, here comes this beautiful invention that has a charge to it like a magnet. So these heavy metals and free radicals are naturally attracted to a stronger magnet, which is Vitality Detox Drops.”

Among the clients he sees, Besner has observed positive impacts for those struggling with a variety of conditions who use infrared products in tandem with Vitality Detox Drops. “It does the most fantastic job for us,” he says. “We have gotten Lyme Disease patients who have been bedridden to be asymptomatic. They’re already functioning and feeling better and they feel like they’ve gotten their lives back.”

He’s not suggesting that saunas or Vitality Detox Drops can cure an underlying disease, but rather that they can alleviate the symptoms that drastically reduce the quality of life. “They still have the condition and they may have co-infections, but every day they’re doing a detox, they have fewer symptoms,” Besner notes. “That’s the key. If we make them symptom-free, we can attack the disease in a less urgent and healthier manner and they’re getting a bit of their life back every day.”

In parting, he shared some feedback he’d like to give the father of western medicine. “I know Hippocrates said, ‘Food is our medicine,’” says Besner, “but he gave that advice a few thousand years ago when our food sources weren’t what they are today. I think now we should tell Hippocrates that we want food to be our medicine – along with Vitality Detox Drops.”