How Vitality Helped One Smoker of 35 Years Kick the Habit 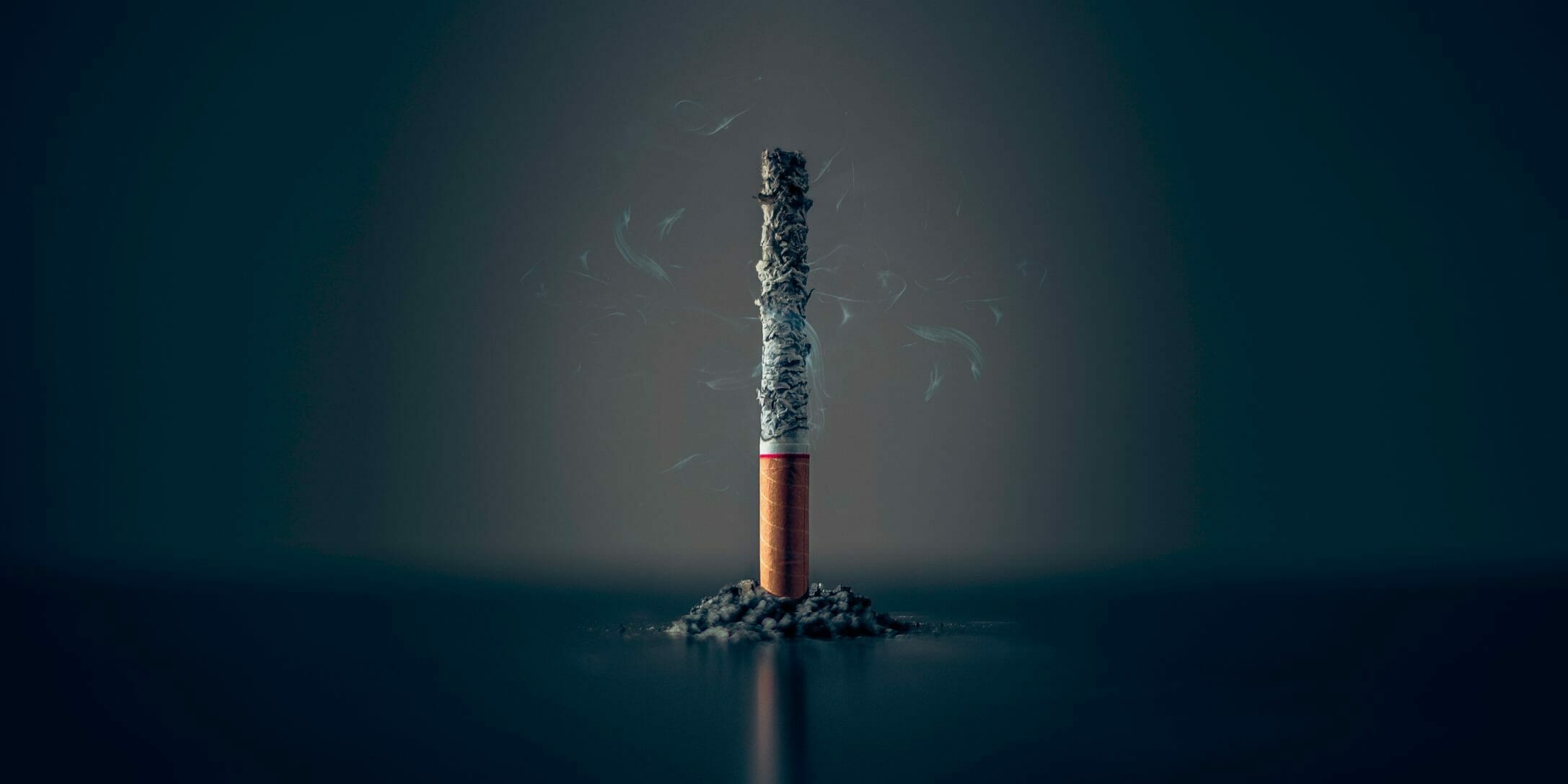 It’s no secret that cigarettes contain toxins. If nothing else, most people are aware of nicotine and tar, two of the key ingredients in every pack. But until he took a course through a local hospital, Ed Van Der Reep had no idea that they also contain 600 other substances, including benzene, carbon monoxide, formaldehyde and cadmium – the active ingredient in battery acid.

It had taken two years of preparation after previous failed attempts for Van Der Reep to finally quit smoking for good. He approached the challenge strategically, conducting research online and consulting his family physician, who recommended the ten-week course at the hospital. There he discovered what he’d been ingesting over the course of thirty-five years as a smoker.

According to the American Lung Association, when burned, cigarettes create more than 7,000 chemicals, 69 of which are known to cause cancer and many of which are toxic, including:

“I’d been putting those chemicals into my body for 35 years, so I knew they were stored somewhere in my organs and brain,” says Van Der Reep.  “I realized I needed to get them out as quickly as possible.”

Clearly, anyone who has been smoking for a while needs to detox but getting rid of toxins is not so easy.  They typically lodge themselves in cells or tissues, especially adipose tissues (more commonly known as ‘fat’). While the body has mechanisms for eliminating such substances, once those systems become overloaded, they can be hard to remove. Heavy metals in particular are a challenge because they have their own electrical charge, meaning they are magnetically attracted to the body’s cells.

But Van Der Reep remembered a secret weapon: Vitality Detox Drops. From previous experience, he knew that this, one of a kind, soluble zeolite solution was effective at safely removing heavy metals trapped within cells; he reasoned they should help with this process as well. “I still had a bottle left,” he says. “I started taking 20 drops in the morning and 15 drops in the evening and drinking a lot of water.”

In the past two months plus, he hasn’t smoked one cigarette and has found the process surprisingly painless. He believes that removing the toxins with Vitality Detox Drops helped curb the cravings and made it easier to quit. “The drops helped by detoxing my body quickly from all those chemicals that were built up,” he says. “I think they really made a difference because it hasn’t been that difficult.”

In that time, he’s saved $600.00 and has more energy. “Today I was actually at high altitudes on a mountain,” he says. “Usually, I would be out of breath, but today I noticed, ‘Hey! I’m not having any problems. I have to have a year of being smoke-free to truly call myself a non-smoker but I’m on the right track.”

Heavy metals are both electrically charged and miniscule, which makes them hard to eliminate. However, Vitality, a soluble zeolite has its own ionic charge which overpowers the heavy metals, attracting molecules and binding them together. Even those that are too small to be eliminated on their own become stuck to each other within the cage-like structure of Vitality Detox Drops, making them large enough to be passed through organs like the liver and kidneys.

The carcinogenic compounds found in cigarette smoke are lumped together into a category known as ‘nitrosamines.’ Since 2003, scientists at Nanjing University in China have been exploring the relationship between zeolite and nitrosamines. Consistently, they found that different forms of zeolite have strong adsorbent properties – not to be confused with absorbent ones. The difference: in absorption, a fluid gets dissolved by a liquid or a solid (think of a paper towel mopping up a pool of water). In adsorption, gas, liquid or a dissolved solid form a substance that adheres to a surface (think of water molecules forming on a windowpane).

One study, presented at the Cooperation Centre for Scientific Research Relative to Tobacco (CORESTA) conference in 2006, compared the efficiency of different zeolites in adsorbing nitrosamines under both laboratory and cigarette smoking conditions. Scientists found that nitrosamines in cigarette smoke were significantly reduced even without reducing the tar and nicotine levels in the cigarettes. “It’s feasible to use zeolite in cigarettes to reduce the nitrosamine level of cigarette smoke,” the researchers declared.

Another 2007 study also examined how zeolite adsorbs nitrosamines. In a similar vein, scientists found that zeolite was the most effective additive that could be encased within a cigarette for the purpose of lowering the nitrosamine content of smoke, thereby protecting both the environment and public health.

But for former smokers like Van Der Reep, the concern is more personal – and immediate. “Until I did the course, I didn’t realize that cigarettes are a designer drug,” he explains. “There’s a chemical that makes your lungs open up when you inhale, quickly followed by a contraction, so you need another puff to get the same sensation.”

Inhaling nicotine releases epinephrine, makes increases blood pressure and heart rate, making people breathe harder. At the same time it activates a dopamine release in the brain, causing the smoker to feel happy. Within ten seconds, the nicotine is distributed throughout the brain, but within a  short while more is required to achieve the same sensation.

“It is a very terrible addiction,” says Van Der Reep.  “I think of almost all the products that are out there that people get addicted to, this is the worst. I’m surprised that it’s even still legal.”

Capturing Nitrosamines in Environment by Zeolite

Nicotine Dependence: How Does it Happen?