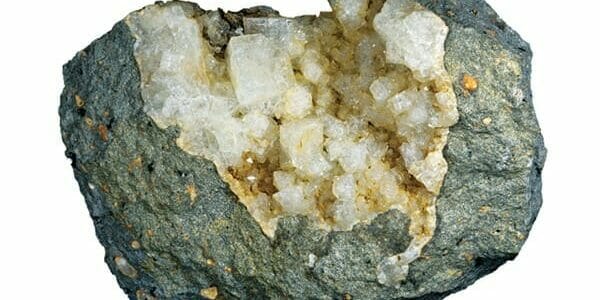 When it comes to personal health, people tend to fall into a few distinct categories, especially regarding treatments and products we put in our bodies. Do any of these sound like you?

If ‘a’ best describes your attitude, this article is not for you. Stop reading, go take some zeolite and have every confidence that it will do wonders. If, however, ‘b’ or particularly ‘c’ is a more accurate representation of your mindset, read on. You may have heard that zeolite can safely remove toxins or that people have used it to successfully alleviate their symptoms of everything from allergies to Lyme Disease. All of that is true, but to understand why, it helps to know what zeolite is and how its structure fundamentally aids the detoxification process.

There are over forty different types of zeolite, a naturally occurring clay-like compound that comes from volcanic earth deposits, probably left by fluids or vapors. They can be found in sedimentary rocks, in metamorphic rocks, and in all oceans. Technically they are considered any member of a family of minerals called ‘aluminosilicates’ where aluminum replaces some of the silicon in alkali and alkaline-earth metals. For the rock-lovers among you, zeolites are similar to feldspar minerals, but with water generally present and with bigger cavities. Additionally, over 150 synthetically created forms of zeolite exist.

Zeolite has been compared to a cage and a honeycomb because of its well-defined structure. Main characteristics include:

There are hundreds of Zeolite brands on the market being sold for detoxification. The most important thing to look for is that the product has been properly processed and cleaned so that you aren’t retoxifying yourself when using these products since they naturally bind and hold heavy metals from their environment.

The components within zeolites’ framework make it uniquely suited to remove toxins and heavy metals from the human body, as well as for use in filtering water, removing nuclear waste and cleaning up toxic soil. The combination of the magnetic charge and cage-like structure means

that heavy metals and even radioactive metals like cesium and strontium-90, are drawn to the zeolite within the bloodstream or tissues and then become trapped.

Typically, the problem doesn’t end there. Some heavy metals are simply too small to be eliminated through urine or stool and tend to ‘re-tox’ or re-enter our systems because they have nowhere else to go. But because zeolite binds many different particles together, those substances become large enough to pass through. Think of it as a game of tag, where one person is ‘it’ in the beginning but every subsequent person who gets tagged becomes part of the ‘it’ team, until eventually no individuals are left standing.

Why Soluble Zeolite is So Effective

Zeolite in the form most often used as a supplement is known as ‘clinoptilolite’ zeolite and it comes in two forms: powder or liquid (soluble).  Both have been demonstrated to have positive impacts on the gut and gastrointestinal (GI) tract. The difference is that in its powdered form, zeolite can’t permeate cell membranes or cross the blood-brain barrier, meaning it can’t remove any toxins not directly in the GI tract. Because many heavy metals and toxins make their homes in fatty (adipose) tissue throughout the body as well as organs and the central nervous system, the powdered solution can only support detoxification up to a point.

Soluble zeolite, on the other hand, is created through a process which breaks down the structure of the zeolite mineral into very small fragments, allowing it to cross cell membranes. These include the GI tract, adipose and tissue cells as well as the blood-brain barrier, central nervous system and mitochondrial walls.

Numerous studies and books have been published on the relationship between toxicity and overall health. Once our toxic load reaches a tipping point, inflammation exacerbates whatever symptoms accompany any condition we’re already struggling with. For a better understanding of how environmental toxins affect health, visit the Vitality Detox Drops blog page. The more

information you have, the better position you’re in to make an informed decision about your health and the products you choose to support it.

“What Is Zeolite and How Can it Help the Detoxification Process?” Superfood Evolution, https://www.superfoodevolution.com/what-is-zeolite.html