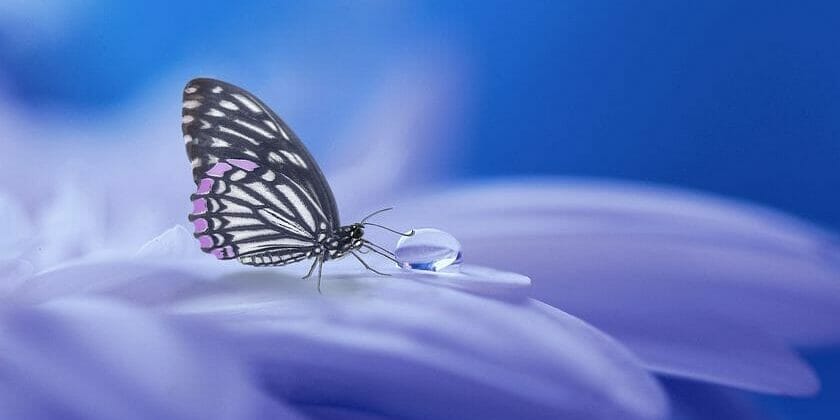 By the time Barbara Richard met the third doctor who would treat her for bone cancer, she had a reputation. As friendly as she undoubtedly was, this 86-year-old was no pushover, a fact other physicians discovered when they tried to convince her to do chemotherapy. In this case, the third time did not prove to be a charm. When her newest health care provider also recommended starting a series of chemo treatments, she flatly refused. He looked at me and said, “I’ve heard a lot about you,” as she laughed. “You’re very determined.’’

That determination, along with a willingness to try a combination of soluble zeolite and cannabis oil, brought her safely through an ordeal that could have ended very differently.

In 2018, Mrs. Richard visited her doctor to get a sore toe checked out. While she was there, her daughter pointed out a small bump on her chest at the site of a previous mastectomy. The physician suggested doing a biopsy right then and there, a decision that would prove to be unwise.

Soon after the biopsy was taken, a dark reddish, itchy rash promptly began spreading across her chest and subsequent tests revealed that the lump had contained cells riddled with hormonal cancer. Further tests also revealed that the disease had already spread to her bones from head to toe and that it was considered to be stage 4.

Mrs. Richard had already gone two rounds with cancer, once in 2005 when she had a lump removed from her breast and later in 2016 after a malignant growth was detected in the same breast and she had a full mastectomy. At the time, she followed the doctor’s orders, enduring both radiation and surgery. But in the intervening years, she watched several friends suffer miserably through chemotherapy, only to die anyway. “I remember one who told me, ‘Barbara, if I’d ever known that chemo was going to make me this sick, I never would have taken it,’” she says. “They said it felt like putting poison in your body.”

Now, cancer was back and despite her age and adamant refusal to undergo chemotherapy, every medical professional she saw, physicians and RNs alike, kept pushing her to do it, even questioning whether her adult children were coercing her into denying the treatment – until doctor number three. “He was agreeable,” she says. “He knew he wasn’t going to change my mind.”

Instead, he prescribed Letrozole, a hormone suppressant that helps to keep estrogen levels low because hormones are linked to cancer growth, and Xgeva, which is used to prevent bone fractures and other skeletal conditions in people with bone cancer. Meanwhile, her daughter had heard about several people being helped with cannabis oil, and her son had seen miraculous results with a product called Vitality Detox Drops, a form of soluble zeolite which not only effectively removes heavy metals and toxins, but also has the ability to act as a carrier, delivering nutrients into the deeper recesses of the body.

But while Mrs. Richard was enthusiastic about trying alternatives, her doctor was less so. The first time she brought up the soluble zeolite and cannabis oil, he dismissed it outright. “That doesn’t do anything,” he told her.  After several more attempts to discuss it with him, the family gave up and decided to simply proceed with the non-chemo medical recommendations and to also include the alternative therapy.

Mrs. Richard began taking the prescribed medications from her doctor and also started a regimen of both internal and external applications of soluble zeolite and cannabis oil. Every morning she would rub a combination of cannabis oil and the Vitality Detox Drops on her chest, while also taking them both orally twice a day. In addition to helping cancer patients manage the side effects of chemotherapy treatment, cannabis oil has been shown to help some manage symptoms of the disease. Soluble zeolite, meanwhile, safely removes toxins from the body, reducing inflammation and allowing the immune system to function more effectively and is also known to activate the cancer suppressor genes p21, p27, p53.

Over the next 9 months, the visible cancer growth (the dark reddish rash that spread across her chest after the biopsy) gradually disappeared until the wound completely healed and was pink and soft, like baby skin.

Every two months she would visit the doctor for a blood draw to test her CA (cancer antigen) which initially was very high at 79.7. This number gradually dropped every time she tested until one visit the numbers had risen slightly from before. “When we looked at why this could have happened, the only change that had taken place was that I had run out of the Vitality Detox Drops and forgot to tell the family,” she said. After realizing this, Mrs. Richard re-upped her supply and continued using both the soluble zeolite and cannabis oil daily.

Upon her next visit to the doctor’s office, her test revealed that the CA (cancer antigen) numbers had dropped dramatically from her last visit and her doctor was astonished to discover that Mrs. Richard was now considered in remission. “It’s unbelievable,” he told her. “I don’t know what you’re doing but keep it up.” On the next visit, the count was even lower at 33.8, whereas 0-40 is considered normal for her type of cancer.

With each visit, the medical team just looks at her in amazement and asks her, “Aren’t you in any kind of pain?” to which Mrs. Richard responds, “No. Am I supposed to be? I’m sorry, but I’m not.” I feel great.

Throughout the entire process, she hasn’t experienced any of the misery typically associated with bone cancer. Now she’s focused on walking more and improving her strength.

In the meantime, Mrs. Richard has kept up with her daily routine of Vitality Detox Drops and cannabis oil and continues to astound the medical community. “They’re amazed,” she says. “They want to know what I’ve been doing. I just feel great and I have a lot of energy.”