Are You Depressed or Just Toxic? 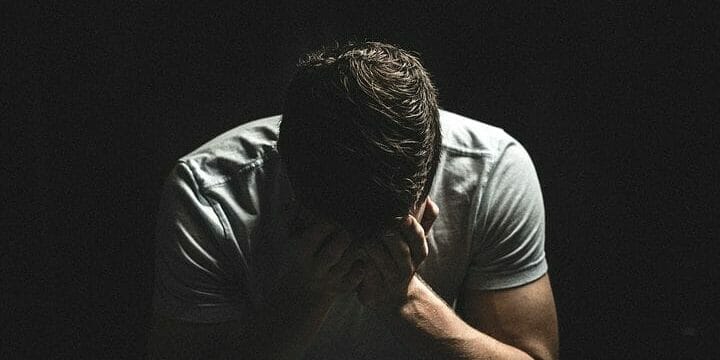 In 2017 University of Oxford economist Max Rosen released a study on global living conditions. Rosen’s research explored five key factors related to human well-being: poverty, literacy, health, freedom and education. His conclusions were surprising, at least to some. In every category, humanity is substantially better off than we ever have been.

So why, according to the World Health Organization, is the United States the most depressed country in the world, followed by Colombia, Ukraine, the Netherlands and France? And why did an international survey in which people were asked, ‘All things considered, do you think the world is getting better or worse?’ yield such dismal results, with just 10% of Swedes, 6% of Americans and 4% of Germans responding ‘better’?

The reason may have less to do with our circumstances than our environment. From heavy metals and pesticides to phthalates and BPA, we are inundated with toxic chemicals even before we’re born. “There isn’t a person on this planet that can make an argument that they’re not toxic,” says Clayton Thomas, an industry expert in the toxicology field and one of the minds behind Vitality Detox Drops, a soluble zeolite solution for safely removing toxins. “Thirty percent of the mercury in a woman is passed on to her fetus. We’re polluted from conception.”

What does this have to do with depression? Take the case of mercury. It’s one of the worst neurotoxins known to man, and also one of the most common. We’re exposed to it through the water we drink, fish we eat, dental fillings, vaccines containing thimerosal or, as Thomas notes, the placenta when we’re in utero.

Once mercury enters the body, it gets into the bloodstream and heads for the brain where it blocks binding sites and causes the degradation of neuroreceptors and motor neurons. “It not only blocks things, it starts to destroy them,” says Thomas. Exposure to high levels of mercury creates changes in the central nervous system, resulting in irritability, fatigue, behavioral changes, tremors, headaches, hearing and cognitive loss, dysarthria (slurred speech) lack of coordination, hallucinations, and death.

Historically, the Mad Hatter character of Alice in Wonderland fame had its roots in an actual condition. Erethism mercurialis or ‘Mad Hatter Syndrome’ is a neurological disorder impacting the entire central nervous system as the result of mercury poisoning. Hatmakers who began using mercury during the felting process in the late 1700s were consistently exposed to high levels of the toxin, with tragic results. In the United States, mercury was still used in hat making until 1941 and mercury poisoning was common.

Most people in the modern world are not exposed to such high levels of mercury. However, even lower doses over time can interfere with the proper function of the central nervous system, creating symptoms that look and feel like the clinical definition of depression. Further, mercury is just one example; lead, arsenic, cadmium, and bromine are also commonly found in everyday products within our environment.

Given that, an understandable reaction may be a desire to detox the body. However, how you go about it matters, says Thomas. “What’s most important when it comes to systemic detoxification are three simple terms: safe, simple, slow,” he explains. “You cannot be aggressive about it. Older methods of detoxification would mobilize a lot of metals and then force your body to try to flush them out. Our bodies don’t have the proper detoxification pathways to remove this stuff.”

It’s important to detox over time and in a passive manner that doesn’t stress the body’s elimination systems, he notes. That’s why Vitality Detox Drops are so effective due to their structure, size and magnetic charge. “In zeolite, you have this very well-proven volcanic crystal that’s been used for millennia to bind heavy metals and environmental toxins,” says Thomas. “It’s known to be this beautiful molecular sieve with a honey-combed, negatively charged cage structure that naturally will trap all of these toxins.”

The process used to create Vitality Detox Drops renders the soluble zeolite particles even smaller, meaning they can permeate cellular membranes and in some cases cross the blood-brain barrier and bind any neurotoxins. Once bound, the particles are eliminated naturally through urine or sweat.

“It’s a matter of taking off layers of these toxins,” says Thomas. “Sometimes you’ll see people have significant changes in days. For others, it takes a few weeks, and for some it takes a couple of months to really get through the process. It’s just a matter of cleaning house.”

He likens the process to clearing out the home of a hoarder, one with refrigerators and car parts littering the yard and junk everywhere. “If you start to remove some of the big stuff from the yard, it’s going to make a huge difference,” he says. “You have all this crap that you’ve accumulated, and it’s stored in your house. We’ve got to clean that up.”

‘Cleaning house’ through safely and slowly detoxifying over time will allow people to understand the difference between the effects of toxins and any underlying mental issue that exists. “You are not your label or your diagnosis,” says Thomas. “You’re polluted. There are environmental factors that are taking place in your body. If you can address that, then you have the ability to really start making some changes.”