If Zeolite Can Clean Up Nuclear Waste, What About Our Bodies? 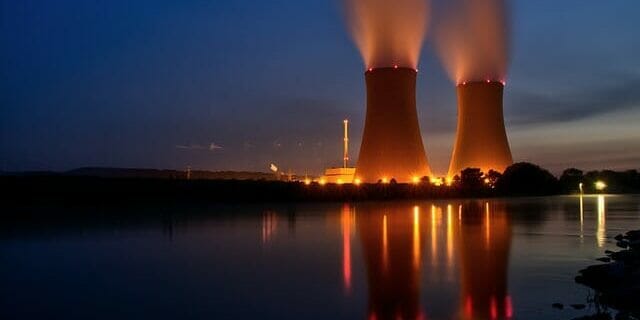 In the aftermath of the Fukushima nuclear meltdown in 2011, scientists used zeolite to treat tons of radioactive waste. It wasn’t the first time the mineral had been employed in that capacity; after the Chernobyl disaster in 1986, more than 500,000 tons of zeolite was dumped via helicopter to absorb toxins that had been released into the atmosphere and soil. Going one step further, emergency workers actually fed zeolite to cattle to keep radioactive ions out of the milk supply, and zeolite pills and cookies were distributed to children and adults to minimize the effects of radioactivity and toxins.

Obviously, the levels of radiation at Fukushima and Chernobyl are well beyond what most of us will ever encounter. However, it’s worth noting that we are continuously surrounded by radiation, both natural and man-made and while small doses are relatively harmless, over time the health effects can add up. Zeolite, which is widely considered one of the most effective methods of treating and disposing of radioactive waste, can also benefit humans wanting to minimize the impacts of regular exposure to radiation.

We are constantly exposed to radiation through everything from soil and the sun to televisions, cell phones, security scanners, airplanes, microwave ovens and medical procedures (one surprising source: cigarettes, which contain polonium 210).  The most common sources of radiation poisoning are nuclear accidents such as Fukushima and Chernobyl, the work environment and some medical treatments. CT and PET scans and nuclear imaging used for diagnostic purposes all use ionizing radiation, high-energy wavelengths that penetrate tissue to produce images of the body’s internal organs and structures. The problem: ionizing radiation can create DNA mutations that lead to cancer in later years.

In and of itself, radiation doesn’t necessarily pose a health risk. The important factors are the strength, type and length of exposure. Radiation is measured in Rads, a unit of absorbed radiation dose, or the dose causing 100 ergs of energy to be absorbed by one gram of matter.  Most people are exposed to an average of approximately 0.62 rads each year. The problem comes when exposure is prolonged, intense, or repetitive.

Radiation sickness occurs when a person receives over 70 rads from a source outside their body, the dose affects the whole body (or most of it) and is able to penetrate to the internal organs, and the dose is received in a short time, according to the Center for Disease Control.

But even a dose as low as 30 rads can lead to a loss of white blood cells, nausea and vomiting, and headaches. Higher levels can create temporary hair loss, damage to nerve cells, and damage to the lining of the digestive tract. In its acute form, radiation sickness results in cardiovascular, gastrointestinal, reproductive and central nervous system problems.

Children and fetuses are particularly sensitive to radiation because their cells are dividing more rapidly than adults’, creating more opportunities for radiation to disrupt the process and cause cell damage. In the Marshall Islands, where the U.S. government conducted nuclear bomb testing, local women exposed to the radiation suffered as many as seven miscarriages. Those who could carry a fetus to term often gave birth to children with extreme birth defects.

The reason zeolite is so effective at treating radioactive contamination in soil and water has to do with its unique crystalline structure and negative charge. Essentially, clinoptilolite is shaped like a honeycomb; it’s both porous and cage-like, making it ideal for transporting substantial amounts of toxins or radioactive particles. In waste sites it functions as a filter, drawing particles to it and allowing them to be safely removed from the environment.

Within the human body, the process is similar, however, the majority of Zeolite products on the market today are suspensions of a powder which have fragment sizes too large to penetrate tissues and access the deeper reaches of the body where toxins are stored. One of the challenges with radioactive particles is their size. Like heavy metals, they can be difficult to remove because they are so small and are quickly sequestered in tissue stores of the body, some may be stored in fat while others may end up in cardiac tissue or bone.

However, Vitality Detox Drops, a form of nano-soluble zeolite, has a broader range of nanotized fragments compared to other zeolite formulas. These fragments are cleaned and polarized to increase their natural magnetic charge, producing a safe and effective formula like no other.

As a result, many of the fragments have the ability to passively cross membranes of the body, including the blood-brain barrier. Once ingested or used topically, they act as a magnet, attracting and trapping all manner of toxins, contaminants and pollutants in the cage structure where they are then safely eliminated from our bodies.

For anyone concerned about the potential impact of radiation exposure through medical procedures or otherwise, nano-soluble zeolite is a safe way to gently address the issue.

Bikini’s Tragic Heritage by Peter Cohen, In These Times, September 15, 2010