Why Zeolite is Your Pets’ Best Friend 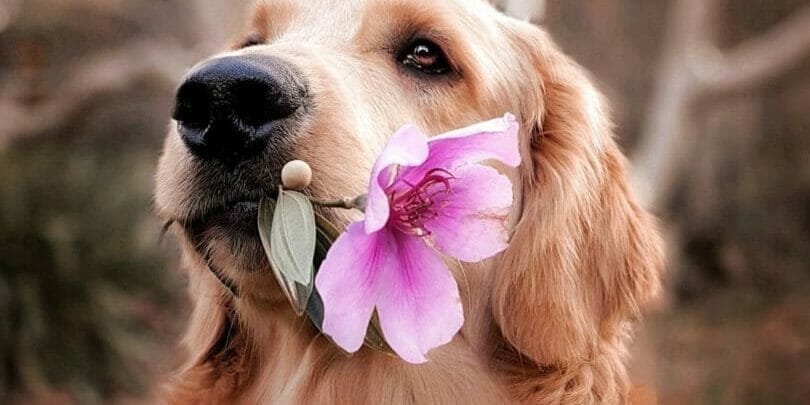 Clay Thomas remembers one particular case brought to the clinic run by his veterinarian parents. The 12-year-old cat had a rare form of cancer and had already been treated by four different doctors. As a result of a tumor in its chest, the cat’s lungs kept filling up with fluid and it seemed as though nothing could be done.

But Thomas’ parents tried a different approach: five to seven drops of an advanced formulation of soluble zeolite (clinoptilolite), a mineral known for its ability to eliminate toxins in both humans and the environment.

Within two weeks, the tumor had gone away entirely along with all the fluid in the cat’s chest.

Such results may seem miraculous, but in fact, are understandable once you understand the role of environmental toxins in overall health for both humans and our animal companions and how soluble zeolite can mitigate those effects.

How Pets are Exposed to Environmental Toxins

Pets, like humans, are exposed to a wide array of chemical contaminants on a daily basis, from air and water to household cleaning products such as laundry pods, furniture containing flame retardants and garden products that include herbicides and insecticides. “Pets are seven times more polluted than we are,” says Thomas. “They’re smaller than we are and they’re in the same environment, but also closer to the stuff that’s causing a lot of the issues. They’re on the carpet and the couch constantly, which are both sources of off-gassing.”

Health impacts of regular exposure to environmental toxins include bladder cancer in dogs, canine malignant lymphoma, lead toxicosis, squamous cell carcinoma and mesothelioma, a type of cancer that affects multiple organs but most frequently the lungs.

Aside from everyday contaminants, there’s pet food itself. In 2007, pet lovers got a wake-up call when dogs throughout the U.S. began sickening and dying as the result of contaminated food from China. Following a Federal Drug Administration and U.S. Department of Agriculture investigation, several people were indicted for importing pet food which included the chemical compound melamine while claiming it was gluten.

That was an extreme case, but in fact, most commercially available dog and cat foods are made with feed-grade ingredients which are lower quality than human-grade products and can include mycotoxins. Produced by mold, mycotoxins create gastrointestinal symptoms like vomiting and diarrhea and can lead to liver disease and death. Other chemicals used as preservatives in pet food can also cause kidney and liver disease.

A groundbreaking 2008 study conducted by researchers at the Environmental Working Group (EWG) found that the average levels of many chemicals, including heavy metals, fire retardants, and stain-proofing chemicals, were substantially higher in pets than in humans. Levels of stain and grease-proof coatings, also known as perfluorochemicals, were 24 times higher in dogs, and both dogs and cats had more than five times the mercury levels of people.

Vitality Detox Drops to the Rescue

Such numbers are startling, and it may be difficult to know where to start if we want to help our furry friends detoxify. We’re probably not going to throw out our carpets and furniture, but there is one simple step we can take to support them in eliminating common environmental toxins: adding a few drops a day of soluble zeolite to their food.

Zeolites have been known for decades as a highly effective means of eliminating contaminants from water and air. More recently, nutrition and toxicity industry experts have recognized their use in removing toxins from the human body. The combination of their negative magnetic charge and cage-like structure, which traps toxins and heavy metals and allows them to be passed through the body in the form of urine, sweat or feces, makes zeolite uniquely suited to supporting ongoing detoxification.

In both humans and animals, soluble zeolite will not just remove toxins but also bring the body’s pH to a more alkaline state, which lends itself to optimum health. Free of the toxins and acidity that are associated with chronic illness, pets’ immune systems are boosted and better prepared to cope with any unrelated health issues.

Thomas, the veterinarians’ son, and industry expert in the zeolite space acknowledges “Vitality Detox Drops” as the most powerful form of soluble zeolite available today, that is capable of working systemically in the body and is safe and effective for both pets and people. “Animals love it,” he says. “The drops are very good for animals, whether we’re talking about canines, bovines, equines or fish. You can give them just two to three drops twice a day. For larger animals, like mastiffs that weigh as much as humans, you can give them up to ten drops twice a day in their food.”

It’s important to note that the drops will not heal animals of any chronic conditions. What they will do is ease the toxic load that is compounding any issues they may have. Just a few drops a day can make a big difference, as the tumor-free cat can attest.

“How Zeolites Can Heal Your Dog” by Darcy Deming-Fisher, Animal Wellness, April 23, 2014

“Pet Food: The Good, the Bad, and the Healthy” by Patrick Mahaney, Petsafe