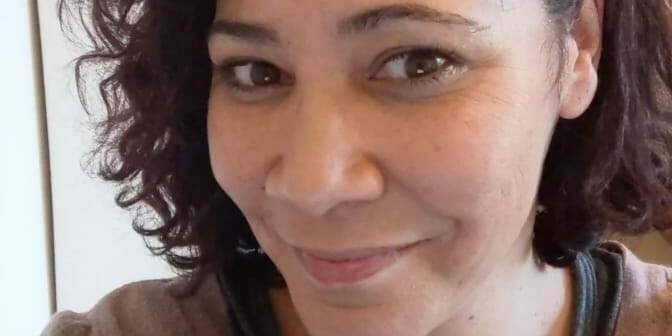 For Tiffany Nevils, no specific incident created the tipping point. Although she loved her wine, she never hit rock bottom with alcohol; decades of eating food that erred on the side of convenience rather than nutrition had added extra pounds, but not so many that the situation felt irreversible. Nevertheless, she says, “One day I woke up and thought, ‘This is not the person I dreamed I would become. When I bend over to pick something up, everything hurts. It’s a choice to be this way and it’s time to change.’”

Aside from the weight and effects of excessive drinking, she was also dealing with tinea versicolor, a fungal infection caused by a type of yeast that naturally lives on our skin. In higher amounts, the yeast causes a rash or discoloration and it’s more common among those who, like Nevils up until a few weeks ago, also have systemic candida. As she entered her mid-forties, she began to experience symptoms of perimenopause such as hot flashes. A 2019 blood test had also found irregularities in her blood that might be leading to an autoimmune disorder.

“Even though I wasn’t experiencing any crazy symptoms and wasn’t sick all the time, I felt like I wasn’t really taking care of my body,” she says.

Around the same time, she met Chris and Rick Richard, co-owners of Vitality Detox Drops. After learning about the connection between weight, inflammation, and toxic overload, she decided to try the product, along with their partner Dr. Werner Marksfield’s New Wave Weight Loss Program/Total Body Reset.  “I was intrigued when they told me about how Vitality helps with removing the biotoxins and heavy metals, not just from the gut but from the entire system and the brain,” she says. “Coupling the drops with Dr. Werner’s program which recalibrates the whole body made perfect sense.”

The first phase of the 63-day process was two days of ‘loading’ or eating 4,000 calories per day for two days to prepare the body and the liver to burn fat. The next phase consisted of a no-fat, no sugar diet along with two of the New Wave formulas

daily, one to suppress appetite, and the other to deal with liver fat. “Then there are two additional vitamin supplements to take because when you start to lose fat, you lose a lot of healthy minerals,” says Nevils. “You get to eat real food, take the New Wave supplement protocol including the mineral replacement, and alongside those, you’re taking the Vitality drops in the morning and evening.”

Meals consisted of lean protein and simple carbohydrates like broccoli, cauliflower, lettuce, and spinach. Intermittent fasting was also part of the routine – and large quantities of water. “Hydrating is the key and I was drinking around 128 ounces of water per day,” Nevils says. “The whole program works to burn fat, assist the healing of the liver, and remove toxins at the cellular level.”

Along the way, she got a firsthand experience of the connection between heavy metals and other environmental toxins and weight gain. Those toxins interfere with the body’s hormonal function by mimicking or partially mimicking naturally occurring hormones, binding themselves to our cells’ receptor sites, and making it impossible for our hormones to send appropriate signals while also interfering with thyroid function which controls metabolism. Vitality Detox Drops is a soluble form of the mineral zeolite which acts like a magnet, attracting heavy metals through its own ionic charge and binding them together. Even those that are too small to be eliminated on their own become bound within the cage-like structure of the drops, trapping them and safely removing them from the body.

Just how many toxins were present in Nevils’ body came as a surprise. A week before the program began, she decided to utilize a standard testing protocol, a urine analysis for heavy metals that defines the level of toxins naturally being released from the body without using any type of binder or detox product. Then 7days later, after being on the Vitality Detox Drops protocol, she repeated the test to see what level of toxins Vitality was binding and removing from her system.

Due to the efficacy of the formula and its ability to work systemically binding and removing toxins, the second test proved to be off the charts for levels of toxins being removed from her system, specifically when it came to arsenic.

“We don’t think about it, but arsenic is in so many things we eat,” says Nevils. “It’s in rice, it’s in quinoa, it’s in all of our wines from California and Washington State. The only wines that don’t have arsenic are European, South American, and organic wines of course.”

While the end result was worth it, the process was no picnic and takes discipline, she notes. “I’m not going to lie; it was hard not to have avocado on your salad or cheese or bread. I’m not even a big bread eater but I was dreaming about bread. I didn’t have the comfort of wine or food to hide behind so I felt a bit exposed. I had to keep reminding myself that it’s only 9 weeks out of my life.”

By the end of the program, the results were in. Nevils had lost 25 pounds, including a total of 15 inches off her thighs, waist, arms, and breasts. The tinea versicolor has faded and is nearly gone. “It’s not reproducing at all,” she says. “I have no more systemic candida and I haven’t been having any hot flashes. The biggest thing is that I have consistent energy because there’s no spike in insulin. You don’t get tired but just maintain a level of focus. It’s amazing what it does for the brain.”

In the program’s final phase, she took the herbal supplement that is part of the protocol called Pure Green that is designed to reset the metabolism and she also gradually began re-integrating fats into her diet. “I put creamer in my coffee now and am eating avocado again,” says Nevils. “I’ve weaned my body off of sugar and I’ve cut way down on my wine.” Her goal is to lose another 15 to 20 pounds by keeping her metabolism in fat-burning mode.

“I’m really motivated now and very conscious about what I eat but I’m not fanatical,” she continues. “It’s been an amazing process. This is a program that I would recommend everyone do at least once in their life because of how awesome it makes you feel.”