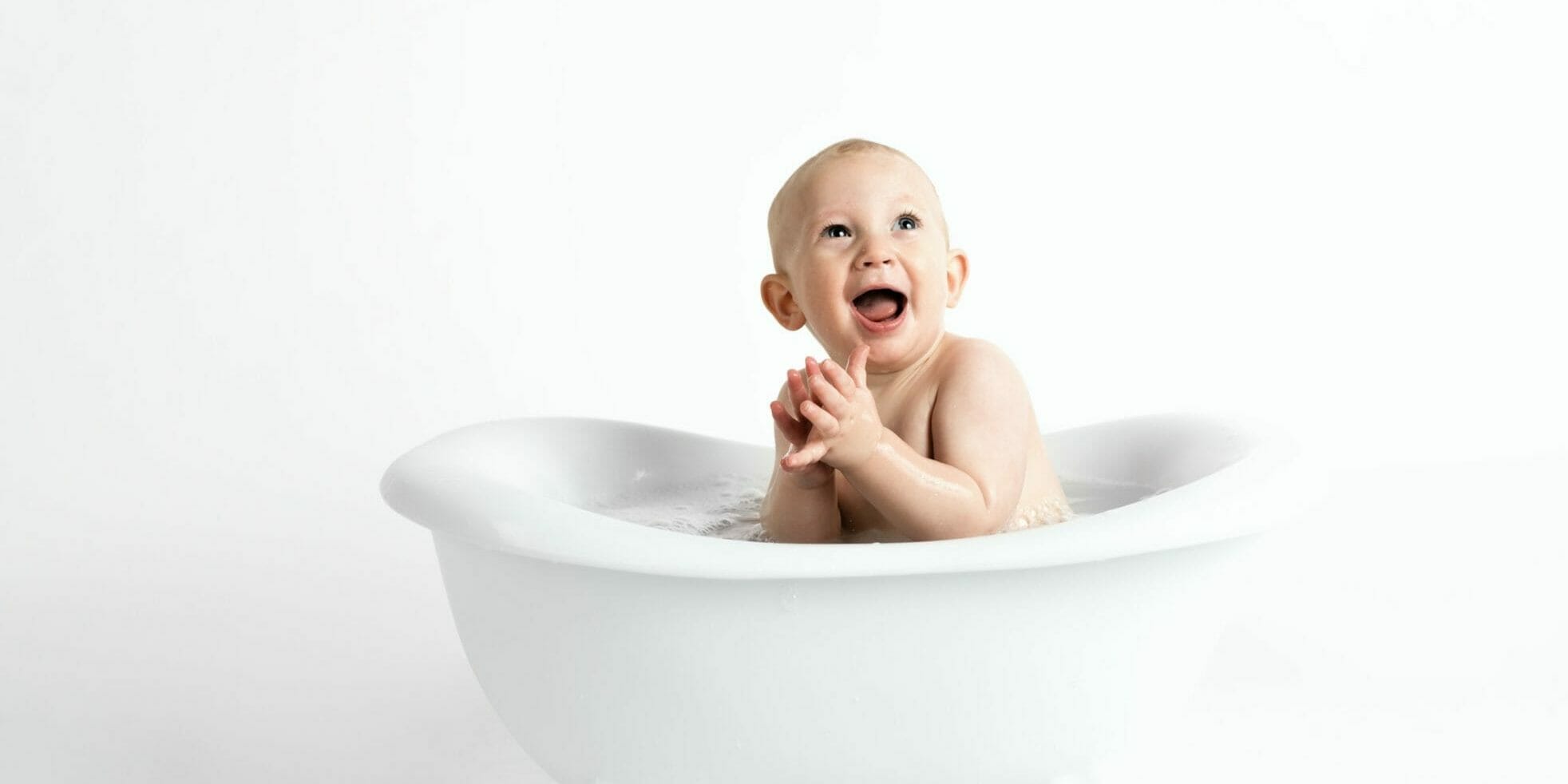 We’ve all heard the expression ‘You are what you eat.’

But have you ever considered ‘We are what we absorb’? As the body’s largest organ, our skin absorbs skincare and beauty products into our bloodstream within 26 seconds. Over time, toxic chemicals can build up to potentially lethal levels.

It’s vital that everyone, especially babies and young children, have the safest products to put on their bodies. The challenge? The FDA doesn’t regulate personal care items like lotion, toothpaste, shampoo, and deodorant. Unlike with prescription drugs, the FDA assumes that such products are safe until proven differently.

Lacking any outside pressure, the beauty industry as a whole doesn’t concern itself with the health and safety of their clientele. Many ingredients currently banned in the European Union can be found in American products, including known carcinogens and chemicals linked to cancer, infertility, and lung damage.

In 2013, a jury sided with a woman who sued Johnson & Johnson for failing to disclose the link between talc used in their baby powder and ovarian cancer. A 1982 study had discovered that women using talc powders on a regular basis were at a 92% increased risk of developing the cancer, but the company failed to include any warning labels on their products.

So how can consumers protect themselves from toxic chemicals and what should they be looking out for? The list below identifies ingredients that pose a danger. Be aware that once a chemical has been flagged, companies will often change its name to something innocuous on their label – without changing the ingredient itself.

A byproduct of crude oil, mineral oil first became popular after World War II. Vaseline is the most common form of it, but it goes by a hundred different names. It’s frequently included in lip balms and chap-sticks as a moisturizer.

The problem: Mineral oil seals the skin completely. Think of it as putting saran wrap on your body. It doesn’t actually absorb and if your skin can’t breathe, it can’t eliminate toxins. Worse, if it’s ingested, it becomes a carcinogen. Other names for mineral oil include white oil, liquid paraffin, paraffinum liquidum, and liquid petroleum. Baby oil is actually perfumed mineral oil.

Used as a preservative in a wide variety of beauty products, parabens have been linked to skin cancer and have been known to interfere with the development of sexual organs. A growing number have been banned in the EU. Parabens inhibit the growth of microbes in order to increase the shelf life of a product, but they’re endocrine disruptors and mimic the presence of estrogen, which can cause breast cancer, especially in people who are genetically predisposed.

Studies have shown that parabens cause ultraviolet damage to the skin, leading to skin cancer, and can create problems for pregnant women during the gestational period, resulting in children with anxiety and behavioral challenges.

This catch-all term covers thousands of different chemicals. Chemical fragrance will last longer than a botanical fragrance, and it masks the smell of animal byproducts from rendering plants. Parfum can trigger headaches, dizziness, asthma, and allergies.

Many perfumes include phthalates, a group of chemicals that are used to make plastics harder and more difficult to break. Phthalates can really mess with your system because they’re an endocrine disruptor that has impacts on the thyroid, estrogen levels, and other hormones. Linked to liver, kidney and lung damage in addition to other types of cancers, phthalates are banned in the EU and California.

Most commonly found in baby powder, talc was at the heart of the Johnson & Johnson lawsuit. It is used in eyeshadow, blush, and face powder, and has been linked to ovarian cancer. Part of the problem is that it’s so small that it can get into your lungs and when people use it every day for years, it leads to respiratory problems.

Also banned in the EU, formaldehyde is used as a preservative in hair products like dyes and shampoos. When inhaled, it becomes a carcinogen. Other names for it include:

Literally made from the distillation of bituminous coal, coal tar can be found in mascaras, liquid eye liners, anti-dandruff shampoos and anti-lice treatments. It’s usually listed as a color and a number, such as Red #2. A known carcinogen, it is also banned in the EU.

Americans like quick fixes, so changing our habits can be a challenge, but there are several simple ways to protect ourselves. Going the natural route tends to take a little longer, but it’s worth it. Take the time to look for those chemicals and make sure they’re not included. The top three top things to watch out for are mineral oil, parabens and fragrance.

It’s also important to stay clear of companies that test on animals. A company that’s willing to do so wants to know how many times they can use a product without it being harmful. They know that something they’re using isn’t safe.