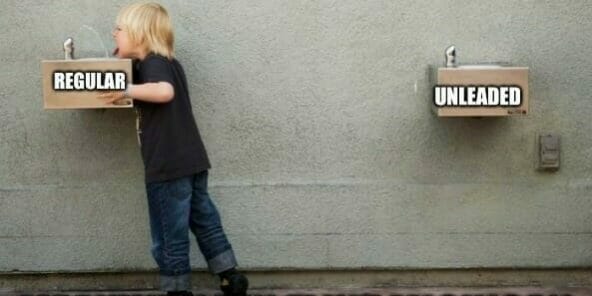 On August 20, 2020, the state of Michigan’s attorney general announced a $600 million agreement that would compensate the residents of Flint for the state’s role in failing to protect them from lead-tainted water.

It sounds like a lot of money, but given how many people were affected and the length of exposure to lead and other toxic substances, the amount is not nearly enough to cover the cost of health care Flint citizens require. While most of the funds are designated for children, adults have to prove that they were adversely impacted and, in the end, the portion they are eligible amounts to approximately $1,200 per person.

“That is a blatant insult,” says Nayyirah Shariff, the director of Flint Rising, an environmental justice organization. For the past three years, Shariff has suffered from severe asthma as well as pneumonia related to the upper respiratory issues she contends with daily. Since the water crisis, she also began experiencing non-epileptic seizures.

She’s not alone. Over 100,000 people were impacted by the contaminated water, including 9,000 children. Chronic health issues and developmental challenges require ongoing doctors’ visits which residents cannot afford. As of 2019, the number of students with special needs in Flint had risen to 28%, more than twice the statewide average of 12%.

Leon El-Amin, the founder of M.A.D.E. Institute, a nonprofit in Flint which serves formerly incarcerated people, keeps a close eye on his young son who was exposed to lead during the crisis. “It’s a struggle every day,” says El-Amin. “He was affected from his skin to rashes to hair loss. I’m monitoring his development as we move forward, really paying attention to it. It’s a struggle going to the doctors, [dealing with] medical bills, you name it.”

The proposed settlement brought renewed attention to the aftermath of the Flint tragedy, with much media focus on the ‘irreversible’ impacts of lead toxicity. Less coverage has been given to options for Flint residents to mitigate those impacts, including the potential of soluble zeolite to safely remove lead and other heavy metals from organs and tissue. To understand how this could work, it’s necessary to explore the way lead functions in the body and the unique properties of soluble zeolite.

How Lead Works in the Body

Lead is both an impostor and an opportunist, using its resemblance to calcium to wreak havoc. Within our brains, that similarity allows it to cross the blood-brain barrier where not only does it disrupt the movement and storage of calcium cells, it also takes over calcium’s role, including communication between neurons. The resulting cell stress can lead to the death of neurons and other brain cells, decreased calcium (critical in developing brains), and spontaneous neurotransmitter release in non-activated neurons, creating inappropriate ‘signals’ from the brain.

Lead exposure has been linked to serious health impacts. Even low levels can impair neural and motor development of fetuses, infants and young children, leading to permanent cognitive issues, learning disabilities, cardiovascular disease, poor classroom performance, and increased aggression. According to Flint pediatrician Mona Hanna Attisha, “Lead is one of the most damning things you can do to a child in their entire life-course trajectory.”

Zeolites are naturally occurring minerals with several features that make it ideal for transporting and eliminating toxins. The first is its negative charge, which exerts a magnetic effect on substances with positively charged ions – including lead, mercury, and arsenic. The second is its cage-like ‘honeycomb’ structure which effectively captures and binds the positively charged metals.

Because of its effectiveness in treating toxic materials, 500,000 tons of zeolite were dumped via helicopter after the Chernobyl disaster to absorb toxins in the atmosphere and soil. In a similar vein, scientists used zeolite to treat tons of radioactive waste after the Fukushima nuclear meltdown in 2011.

Soluble Zeolite in the Human Body

Soluble zeolite is a form of the mineral created through a process that breaks down its structure into very small fragments, allowing it to cross cell membranes. These include the GI tract, adipose and tissue cells as well as the blood-brain barrier, central nervous system and mitochondrial walls. Once there, its magnetic charge attracts heavy metals and other toxins embedded within the cells and captures them within its cage-like structure, binding them together into particles large enough to be eliminated through urine, feces, or sweat.

Sadly, there is no magic pill that can erase or completely reverse the catastrophic health impacts visited on the Flint community through the negligence of their elected officials. However, removing lead from residents’ organs and tissues, safely and over time, can mitigate some of those impacts. Lead simply has no normal place function within the human body and the longer it stays, the more damage it inflicts. Soluble zeolite is one way to help Flint residents ‘clean up’ their personal environments – and, given the terms of the proposed settlement, it’s one they can afford.

‘The Deadly Biology of Lead Exposure”, Mary Gearing, Harvard University The Graduate School of Arts and Sciences, Science in the News, June 27, 2016

“Media Should Discuss EDTA and Other Chelation Therapies for Children of Flint” The Editors, NViro News DC Bureau, January 25, 2016