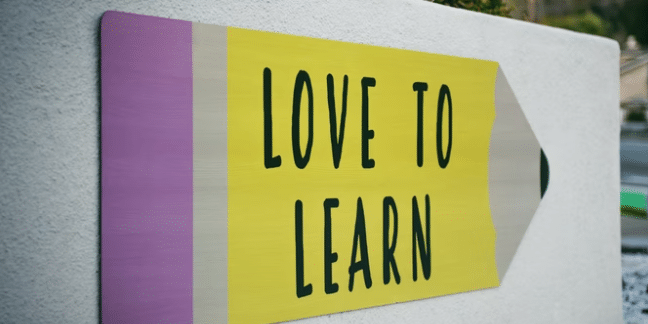 On August 5, 2021, three U.S. politicians introduced legislation to remove toxic substances from school buildings across the nation. The Get Toxic Substances Out of Schools Act of 2021 would authorize $52 billion over ten years to address environmental health issues and ensure that all children have safe and healthy living environments. The act has the potential to address historic and systemic inequities that have played a devastating role in the health of communities.

It may seem surprising that such an act would be necessary. In theory, substances like asbestos, polychlorinated biphenyls (PCBs, lead and other contaminants have been either banned or identified as hazardous since the late 1970s, but in practice, up to 26,000 schools throughout the United States contain these chemicals. Disproportionately, those schools are in low-income communities and communities of color.

A 2018 study titled ‘Geographic and Social Disparities in Exposure to Air Neurotoxicants at U.S. Public Schools’ found that black, Hispanic and low-income students were most likely to be exposed to harmful toxins within their schools that are linked to multiple brain-related problems. The study also found the five worst polluted areas, based on air quality measurement of neurotoxins including lead, mercury and cyanide compounds, were in low-income urban areas within five cities: New York, Chicago, Pittsburgh, Camden and Jersey City.

On the west coast the issues are no less pressing. In February 2020, McClymonds High School in West Oakland was closed indefinitely after trichloroethylene (TCE), a cancer-causing chemical, was found in the groundwater below the school and was closed for this non-COVID-19 related reason for the entire spring semester. Further north in Seattle, a routine 2019 water analysis found that more than half the city’s South End schools exceeded the Seattle Public Schools’ limit for lead. The South End serves many students of color and children living in poverty.

“Where you live affects your health,” says Dr. Sarah Dickin, a research fellow at the Stockholm Environment Institute and author of the Geographic and Social Disparities Study. “Poorer residents are more likely to live in areas with greater exposure to toxins. For instance, informal settlements or slums may be established near large roads, waste dump sites, or polluting industries, as the land is less desirable. This can result in higher levels of air and water pollution for those residents.”

As an example, in Clairton, Pennsylvania, home of the largest coke-making facility in the nation, many families can’t afford health coverage. Air quality is compromised by the process of coke-making, which creates toxic particles.  Researchers tested students at Clairton Elementary School and found that 18.4% of the students have asthma, with black and poor students suffering the most. In some homes, the entire family might share a single inhaler.

The link between poverty, ethnicity and environmental justice issues has been well-documented for decades. Within the 20th century after the Jim Crow era, it can be traced back to the dual practices of redlining and discriminatory hiring practices that kept people of color, particularly African Americans, locked into urban neighborhoods with few opportunities for upward mobility.

A study by University of Illinois Endocrinologist Dr. Robert Sargis and his colleagues noted that “People of color were restricted to low-wage, hazardous occupations while simultaneously being confined to low-income housing near these industries.”

Redlining is a government policy that began in the 1930s and allowed the real estate and banking industries to discriminate based on race. These mortgage lending practices helped white families become homeowners but kept non-white families in rental properties which were often located near highways and industrial plants.

Rental properties tend to be in states of disrepair more commonly than homes occupied by their owners and tenants are more likely to experience related health problems such as asthma, diabetes, and cardiovascular issues. Schools within these communities are likewise located near highways and industrial plants.

Over time, the cycle of toxic exposure and poverty continued. A study in the European Economic Review found that firms that might potentially pollute were more likely to place factories in poorer areas because the risk of being sued was lower among communities that lacked resources. It also found that such communities were less likely to apply political pressure and that polluters spent less money on waste management processes than they did in more affluent areas.

A stretch of land along the Mississippi River between Baton Rouge and New Orleans, for example, is home to nearly 150 oil refineries, plastic plants and chemical facilities. Nicknamed ‘Cancer Alley, residents are at 95% higher risk of cancer than most of the rest of the country. Within the affected area, 49.4% of residents are African American and over 20% are below the federal poverty line

Living in polluted industrial neighborhoods leads to a variety of health problems. The most notorious recent example is the drinking water in Flint, Michigan which contained dangerous amounts of lead, a substance linked to anemia, kidney failure, reproductive issues and brain damage. Other toxins such as nickel, nitrate, silicon and vanadium are connected to hospitalizations or deaths from cardiovascular and lung disease.

Poor housing conditions including exposure to mold and pest infestations are associated with asthma, allergies and upper respiratory tract infections. In an industrial section of Oakland, California located near Highway 880, children visited the hospital more than 2,200 times between 2016 and 2019 for asthma-related reasons. Other industrial pollutants have been linked to cancer and leukemia.

Cleaning up schools won’t solve the entire environmental justice issue but it’s a good place to start. Students attending schools built on toxic waste sites or near industrial factories are already at a disadvantage. While they may still return to equally polluted homes at the end of the day, at least for six hours they will be in a cleaner environment. Further, the process of addressing the school issue through The Get Toxic Substances Out of Schools Act of 2021 will draw attention to the larger problem of toxic neighborhoods.

“The fact that in schools across the nation—and particularly in low-income and communities of color—students are regularly exposed to toxic substances that negatively impact their health is inexcusable,” said Jason Walsh, executive director of the BlueGreen Alliance, a national partnership of unions and environmental organizations. “The Get Toxic Substances Out of Schools Act will not only protect our students from dangerous substances like PCBs, PFAS, lead, and asbestos, it will create good jobs doing good work in communities across the nation. We applaud Sen. Markey and Representatives Levin and Bowman for introducing this important piece of legislation and wholeheartedly endorse this bill. We urge its swift passage.”

“Air Pollution: Black, Hispanic and Poor Children Most at Risk from Toxins – Study” by Oliver Millman, The Guardian, February 1, 2018