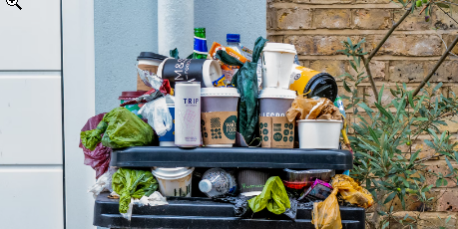 If you consider wild animals in your everyday life – squirrels, say, or birds – how often do you notice one that’s overweight? Odds are, never. That’s because animals have an internal mechanism that lets them know when it’s time to stop eating. So do humans, but ours isn’t working so well, as demonstrated by the worldwide obesity epidemic. New research suggests that one significant factor driving the epidemic has been badly overlooked: environmental toxins.

“The initial worldview was that obesity is caused by eating too much and exercising too little,” says Boston University School of Medicine Professor Barbara Corkey, a past president of the Obesity Society. “It’s not the explanation because all of the creatures on earth, including humans, eat when they’re hungry and stop when they are full. Every cell in the body knows if you have enough food,” she explains. “Something has disrupted that normal sensing apparatus and it is not volition.”

In May 2022, over 40 scientists released three review papers published in the journal Biochemical Pharmacology. The papers cited 1,400 studies which found evidence of ‘obesogenic effects’ from toxic chemicals found in water and dust, food packaging, personal hygiene products, household cleaners, furniture and electronics. Obesogens are chemicals that promote obesity by interfering with metabolism and hormones. Some of the worst offenders are BPA (Bisphenol A), an industrial chemical used to make plastics and resins, and phthalates, which are used to make plastic more durable and can be found in hundreds of products from vinyl flooring to shampoo.

Obesogens are endocrine disruptors, meaning they can decrease or increase normal hormone levels, mimic the body’s natural hormones or alter the production of hormones. Reviewers contend that obesogens can directly affect the number and size of fat cells, alter the signals that make people feel full, change thyroid function and the dopamine reward system,  affect the microbiome in the gut and cause weight gain. They can also change the body’s basic metabolic rate (BMR) which is how many calories our bodies need to fulfill their basic function.

Professor Robert Lustig of the University of California, San Francisco is the lead author of one of the reviews. “It turns out chemicals dumped in the environment have these side effects, because they make the cells do things they wouldn’t otherwise have done,” he says. “One of those things is laying down fat.”

As of 2022 almost 2 billion adults worldwide are too heavy and 40 million children under age five are obese or overweight. It’s a fairly recent development. Just 100 years ago, the average weight for an American man was 140 pounds and for women, the average was 112 pounds. Today the average American adult weighs 181 pounds, with men tending to skew twenty pounds heavier and women, twenty pounds lighter.

In Europe, the World Health Organization says the number of people who are obese and overweight has reached epidemic proportions. Nearly 60% of adults and 33% of children fit one of the two categories. It’s the highest rate of obesity among adults in the world, with the exception of the Americas. The hardest hit countries are in Turkey, Malta, Israel and Britain.  Obesity and being overweight are among the leading causes of death in the region, responsible for more than one million deaths each year.

Obesity or being overweight significantly increases the risk factor of many diseases, including most recently the impacts of COVID-19. It is the number one factor in disability and heightens the likelihood of heart disease, stroke, respiratory conditions, sleep apnea, fatty liver disease, osteoarthritis, diabetes and at least 13 types of cancer.

Among the review’s findings were two disturbing facts. Children are particularly vulnerable to obesogens in the early stages of their development. Mothers exposed to environmental toxins can inadvertently set their children up for an ongoing struggle with obesity. “Studies showed that in utero and early-life exposures were the most sensitive times, because this irreversibly altered programming of various parts of the metabolic system, increasing susceptibility for weight gain,” the researchers write.

They also discovered that a handful of chemicals can cause transgenerational obesity, meaning they create inheritable changes in the expression of genes. One study they reviewed found that granddaughters of women exposed to DDT had a level of obesity that correlated with that exposure, even though the granddaughters had never been personally exposed to the pesticide, which was banned in 1972.

The public needs to be aware of these findings, says Lustig. “People need to know that these effects are going on, because it affects not just them, but their unborn children. This problem’s going to affect generation after generation until we get a hold of it.”

“In Kenya and Across Africa, an Unexpected Epidemic: Obesity” by Jeffrey Gettleman, January 27, 2018, The New York Times

“Obesity Levels in Europe at ‘Epidemic Proportions’” May 3, 2022, The Associated Press

“What are Obesogens, and Should We Be Concerned?” by Ariane Lang, February 11,2022, Healthline