Do want to feel amazing?

Do you want to sleep better?

Do you want to have clear head?

Do you feel tired? Is your head not clear? Don't you sleep well?

How do Vitality Detox Drops work?

How long do I take the drops?

The benefits of Vitality
by Dr. Zyrowski

I initially used two bottles of the Vitality drops as recommended (10 drops twice per day) and I have to say, I am one happy customer! I started the drops at the suggestion of my chiropractor for a variety of pesky health issues such as low energy, brain fog, general malaise, and recently developed food allergies. After suffering for several years with a chronic, low-grade sinus infection (from a mold exposure) that no amount of antibiotics could touch, I finally have relief. My sinus infection was about 75% improved after the first week and was finally gone after 60 days on the drops. My energy level and overall health is vastly improved as well.  It has been 45 days since I stopped the drops and the sinus infection has not returned. (It ALWAYS came back after completing numerous rounds of antibiotics.)  I have now put my husband on the drops, and also recommended them to several friends. Thanks for a great product!

Lyme Disease and Detox Issues – My mind was clearer

I needed a binder product that wouldn’t be constipating or localized only in the gut. It seems easier to use, and I can add drop by drop to adjust to the appropriate dose. I have chronic Lyme and detox issues. I felt my mind was clearer when I started the product. I have tried off and on many products, and countless attempts at finding something to help detox to only experience herx reactions. I think hydration is a good idea with this product and anytime you need to take it slower you can back off by a drop or two and then gradually increase again.

I have had Lyme Disease for a few years. I tried different therapies and change in diet, but with little success. Since I have been taking Vitality, the symptoms have decreased dramatically. I stopped taking the drops a couple times to see the difference, and indeed, every time I halted taking the drops, my symptoms were back intensely. The drops help me function and made my life a lot better.

I just want to say thank you for for bringing this product to the market. My two children who have sensory issues since birth have noticed a difference and I have seen the changes in their mood and their willingness to try new things. I haven’t seen light at the end of the tunnel until now. I’m so thankful that their health is improving due to your zeolite drops. It has been twelve years of searching and hoping there was a solution to these health issues and now I feel liberated and empowered that I can do something about their lives and future. And for that, I can’t thank you all enough. Thank you, thank you, thank you!! Keep doing what you’re doing because it’s working. Great job!

A close and personal friend has Lyme disease. He has tried everything in the world but nothing really changed his situation. He is always very tired but continues to work and lead a normal life. From the outside, you wouldn’t notice as he looks great and takes good care of himself. Not too long ago he even started a new business growing Micro-Greens, built a greenhouse, planted his crops and now spends a decent amount of the day tending to his veggies, lots of physical work. When you talk to him and ask how he is doing, he will tell you he feels exhausted the whole day and his energy is extremely low. After getting up, he would rather climb back in bed than starting his day. Some days he would not even feel like taking a shower and jumped back in bed as that was his only option. As if it couldn't be worse an additional challenge from the effects of feeling this way is that he is been battling the waves of depression.

A few months ago I heard about VITALITY Detox Drops and it's benefits and of course, I thought of him immediately. I contacted him and shared that I had heard stories that several individuals with Lyme's disease were experiencing relief from the common symptoms like chronic fatigue. I also warned him that I wasn't sure if it would help, but why not give it a try. He said he would try it, but he had tried so many other things that he didn't have a lot of hope. He is pretty skeptical with new products and I can imagine after years of feeling horrible.

After a week had passed, I called to check in and see how things were going. He was actually feeling much better but said he was also trying a couple of other things so he didn't know if it was the drops or the other things that were helping. In his opinion, he thought it could also be a placebo effect and at this point, I decided to let him be and suggested he continue taking the drops. 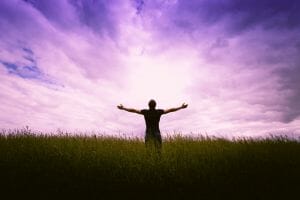 After a couple months passed, he called and told me that he was out of VITALITY Detox Drops and was back to feeling horribly tired and depressed. He had not changed anything else in this life, so he thought that it must be the drops and was hoping I could get him another bottle right away. I provided him with more of the VITALITY Detox Drops as requested and even though he felt so much better when taking them, as a skeptic, he still wasn't 100% sure. Because of this, he repeated the same behavior and stopped using the drops two more times until it became so obvious, he could no longer doubt what it was he was benefiting from.

Shortly after reintroducing the drops back into his daily diet the final time, he called and told me that he could work the entire day, had more than enough energy and he felt he had his life back again. This time, he was convinced that it was most definitely the VITALITY Detox Drops that was giving him a symptom-free life.