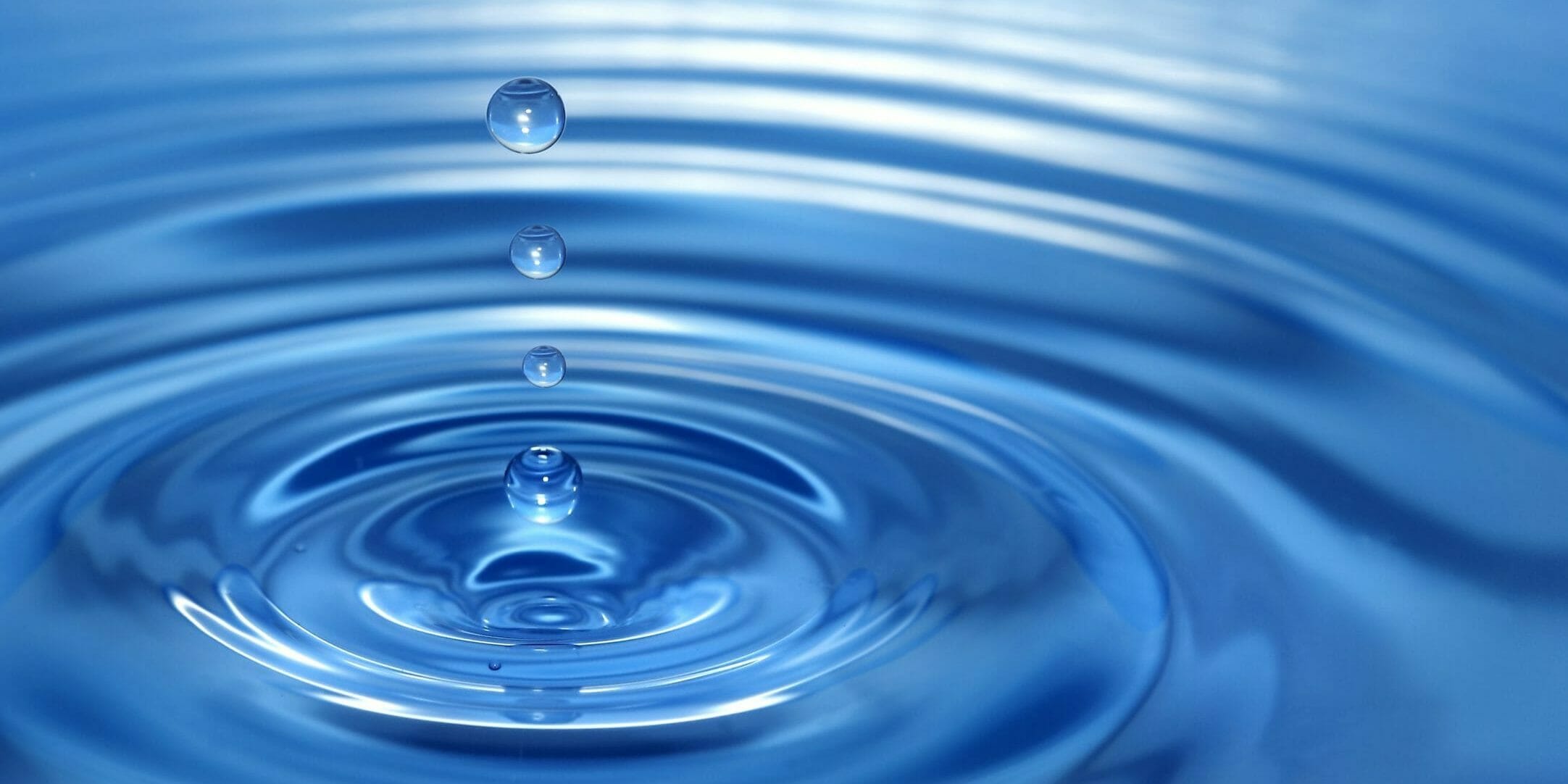 A decade of arguments about the best zeolite “solution” ends!

Zeolites, specifically clinoptilolite, have a long documented history of use for cleaning up the environmental. The first recorded instances date back to Roman times when the Roman Empire used clinoptilolite to line the aqueducts to assure their water supply was free of lead. 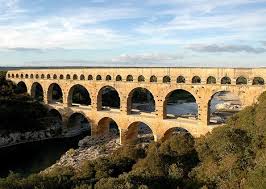 More recently, clinoptilolite has proven use to bind toxins, chemicals and heavy metals using methods many people are familiar with but me be unaware that is the zeolite doing the work. From kitty litter, air purification and water filters (your refrigerator probably has some clinoptilolite in its filter) to environmental cleanup of the worst nuclear disasters and environmental spills, clinoptilolite is being used today. If you remember seeing the advertisements for the “green bags” that keep fruit and veggies fresh longer. The lining inside those bags is the same zeolite; the clinoptilolite is used to bind nitrogen to keep the fruit from spoiling.

The main point to understand is this; clinoptilolite is proven and recognized as the most effective natural method to bind heavy metals and environmental toxins and remove them from the environment. It is the reason they were created. A volcanic mineral with a natural negative charge and honeycomb structure that acts like natures sieve to bind toxins in the environment. The volcanic eruptions which created the zeolite beds across the globe also spewed out tons of heavy metals like mercury, lead and aluminum amongst other toxins. Without a natural purification system, our existence would have been minimized as the environment would have been too toxic for life to sustain.

A little over 20 years ago the first powdered zeolite products came to the market. The first two products were known as Esdifan and Destroxin both of which are micronized powders of clinoptilolite and are sold for their ability to bind toxins and water in the gut and for use as anti-diarrheal products. Powdered zeolite products (both powder and suspension) work very well for just that; as when clinoptilolite is ground into a powder and consumed by capsule or powder it has an amazing ability to work within the gut to do what the zeolite does naturally, bind the bad stuff and remove it.

Over the last 15 years, significant research done on the power of this zeolite validating the efficacy of the mineral to bind everything from mercury, lead, aluminum and arsenic to cesium-137, strontium-90 and uranium-233, viral particles, hexavalent chromium (remember the movie Erin Brockovich) and beyond. There are additional published articles from research done in Croatia proving that for some reason the mineral has an innate ability to up-regulate (reactivate) tumor suppressor genes in abnormal cells when a powdered suspension (small amount of powder mixed in water) was injected directly into growths of abnormal cells in rats. There are currently over 300 published clinical studies on clinoptilolite on pubmed.gov that validate this minerals unique properties.

10 years ago a new industry was created with the first introduction of a zeolite suspension.  A suspension in terms of chemistry is NOT a liquid or a solution.  Think of Kool Aid where you can mix some powder in water and it appears to go into solution and become “part of” the water but if you add enough you see it begin to settle on the bottom of the glass.  These are suspensions.  Insoluble particles mixed in water to make them easier to deliver.  THEY ARE NOT LIQUIDS! 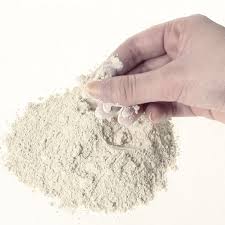 This is where claims and facts start to get a little mixed up. Remember, clinoptilolite and other zeolites are rocks, crystals formed from ash and lava mixing in sea water. If you are to grind up a rock and mix a little bit in water given that the rock is a solid and is not water soluble you can only create a suspension. This also means that this suspension of a solid could not cross a cellular membrane of a healthy gastrointestinal tract.

Some of the particles get into the blood stream via leaky gut issues which allows particles that should not typically cross the membrane of the GI tract to get into the blood stream before being flushed out of the body via the kidneys in a few hours. This process has great benefit by helping to briefly remove some toxins from the blood stream and is also the reason that companies selling suspensions will claim their product has a transit time of 4-6 hours. If these suspensions do go beyond the gut, the body knows to remove them quickly as they are not water soluble and too large to function beyond the gut.

These suspensions have primarily been sold through direct sales or direct to consumer websites. They have had a great run in the market place, having sold hundreds of millions of dollars of product over the last 10 years. But this distribution model has led to distributors being misinformed by companies to sell a story that is not true or factual. These products have a few names: Natural Cellular Defense (NCD), PureBody, PureBody Extra Strength, ACZ Nano, Zetox and The Liquid Zeolite amongst a few others with much less recognition.

What is funny is that all of these products claim to be different and special in some “unique” manner. Yet not a single one has a patent to support the process to create the formula or has any hard core analytical chemistry to support that the products are anything more than a suspension. Actually all of the “science” done on these products states that they are just that, suspensions.

As we covered before, a suspension is just that no matter how special you claim it to be. We are very well aware that technology and science typically moves forward over time. So companies that use old methods and claim to be new or the best will be run over in time as advancements come to the market. The zeolite industry has now seen that change. The age of talking about the best zeolite suspension is over. This talk ends now because of a new advancement in the world of zeolite science. A new proprietary patented process that has never been done before, even at the highest levels of research and development for environmental cleanup.

Researchers at top nuclear research laboratories have been attempting to hydrolyze clinoptilolite for over 20 years. Hydrolysis is a chemical reaction that can be created to turn a solid into a liquid.  Clinoptilolite has been proven to be nature’s most effective method of remediating heavy metals, radioactive isotopes and environmental toxins.  Scientists have worked to discover a method to unlock the true capabilities of this crystal.  Recent advancements in processing clinoptilolite have created a process that makes this amazing crystal water-soluble.

The exciting news is that this is scientific FACT! Proven with independent lab analysis by research laboratories using analytical chemistry methods which are irrefutable and analyzed by leaders in the fields of environmental cleanup as well as systemic detoxification in humans and animals who have innate understandings of zeolites their science and abilities.

For the ﬁrst time in history, the mineral that is proven to be the best method for binding and removing environmental toxins is actually bio-available.  Get this!  For a molecule to be able to cross the mitochondrial membrane of a cell it needs to be water soluble and it also needs to be a maximum of 10,000 Daltons in molecular weight.  Fragment sizes of the solubilized Clinoptilolite fragments range from 200 Daltons to 10,000 Daltons.

Victor Hugo stated “Nothing is stronger than an idea whose time has come.” For over ten years people selling suspensions of clinoptilolite have been claiming to sell the best “liquid.” Now a real liquid is available. What happens now? Change! This is the premise for this entire conversation. We live in a toxic world. Our population is becoming ever increasingly more sick and polluted every day. Rates of cancer, diabetes, obesity, autism, alzheimer’s and other degenerative issues are increasing at alarming rates due to how toxic we have become. An amazing opportunity exists to those who can solve the problem. Part of the solution is now available and it isn’t a powder or a suspension. It is a solution!